Jeff Perry may have said goodbye to Scandal, but he’s sticking around the Shondaverse a little longer.

The actor will return to Grey’s Anatomy for Season 15, reprising his role as Meredith’s father, Thatcher Grey, EW.com reports. 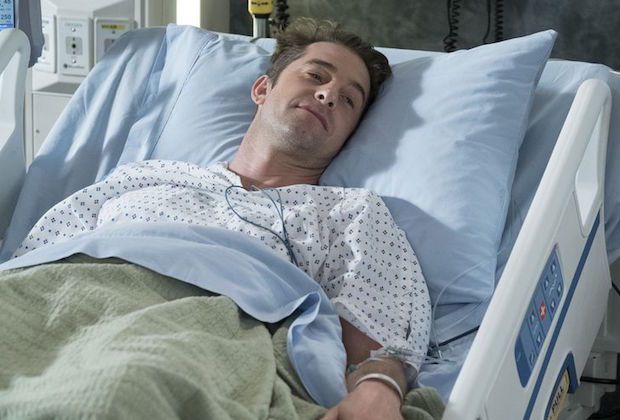 Details are being kept under wraps about Perry’s return — including the number of episodes he will appear in or when his encore will air — but it’s possible Thatcher could be involved in an “emotional” storyline that ABC chief Channing Dungey told TVLine about earlier this month at TCA.

According to Dungey, Season 15 will find Meredith getting wrapped up in an investigation “into a medical condition that is very close to her own family background and history.”

Perry has appeared in multiple Grey’s episodes since 2006, with his last visit taking place in February 2011. He went on to play morally questionable politician Cyrus Beene during Scandal‘s seven-season run, and he can next be seen in the forthcoming CBS All Access drama One Dollar, which premieres Aug. 30.

Season 15 of Grey’s Anatomy — also known as the Season of Love — kicks off with a two-hour premiere on Thursday, Sept. 27, at 8/7c on ABC. Are you looking forward to Perry’s return?