FX is officially entering a post-Jax Teller era with the release of the first full-length trailer for Sons of Anarchy spinoff Mayans MC.

Before the cast touches down at San Diego Comic-Con on Sunday (details here), the basic cabler has released the first substantial footage from the Anarchy offshoot, which introduces viewers to EZ Reyes (Revolution‘s JD Pardo), an ex-con attempting to carve out his new outlaw identity in a town where he was once the golden boy who had the American Dream within his grasp. The trailer features his induction into the Mayan MC charter on the Cali/Mexi border.

It’s been a long time coming for Mayans MC, which was first announced in May 2016, then underwent a series of rewrites, reshoots and casting changes. Its arrival comes nearly four years after the end of Anarchy‘s seven-season run.

Mayans M.C. premieres Tuesday, Sept. 4 at 10/9c on FX. In the meantime, hit PLAY on the trailer above, then scroll down for a first look at the spinoff’s newly released key art: 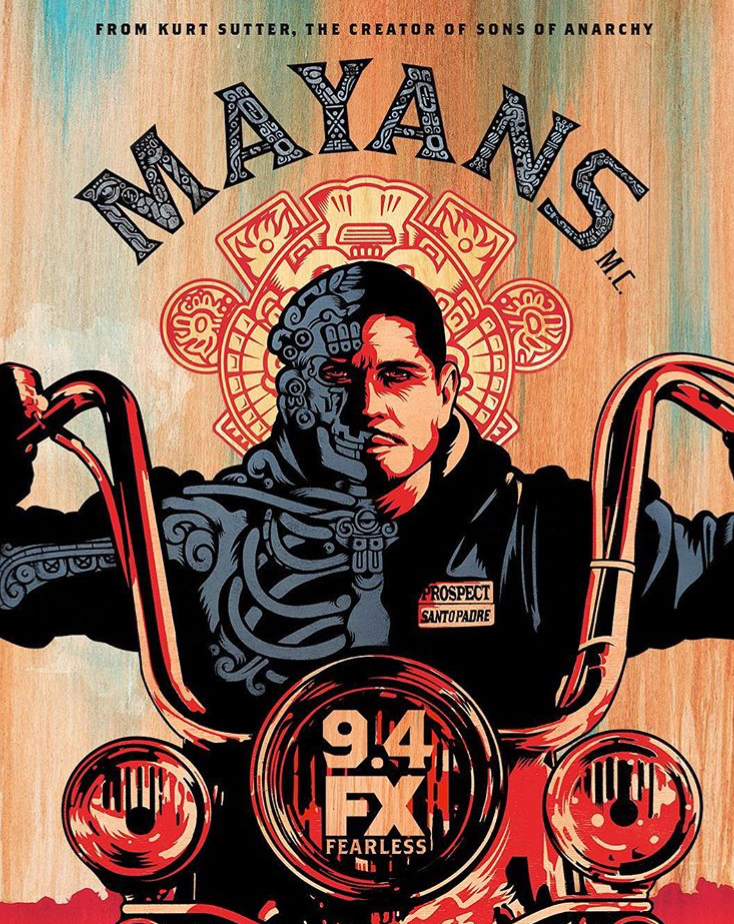