Casual is moving full speed ahead in its final eight episodes, as revealed in the just-released trailer for Season 4.

The farewell run picks up several years after the events of the Season 3 finale. Alex and Rae now are raising a daughter together, while Laura returns home after two years abroad with a new job and a serious girlfriend. Val, meanwhile, appears to be in the midst of a mid-life crisis and is on the verge of making a life-changing decision.

As previously reported, Season 4 will be released on Tuesday, July 31, with all episodes dropping at once. (Hulu traditionally releases episodes weekly, so this Netflix-style move represents something of a departure.)

With Casual soon in the rearview mirror, that leaves Hulu with remaining originals The Handmaid’s Tale, Marvel’s Runaways, Harlots, Future Man and I Love You America With Sarah Silverman, as well as the forthcoming Stephen King anthology Castle Rock, which drops its first three episodes on Wednesday, July 25 (read our “B” review).

Hit PLAY on the trailer above, then scroll down to view the final season key art: 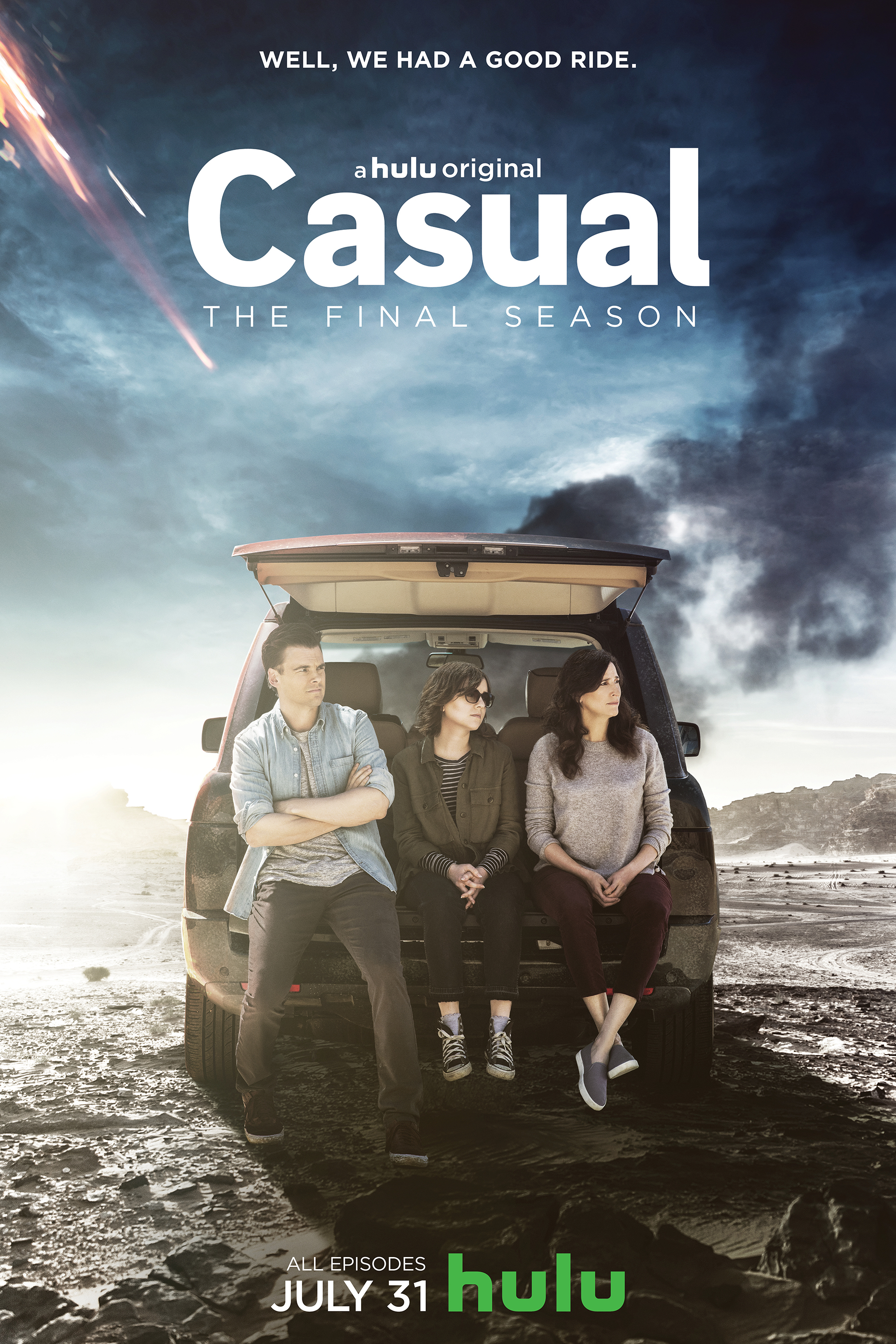