Last Man Standing is giving two key members of the Baxter family a face-lift ahead of the ex-ABC comedy’s Fox relaunch this fall. Sources confirm to TVLine exclusively that Molly Ephraim and Flynn Morrison, who played Tim Allen’s onscreen daughter Mandy and grandson 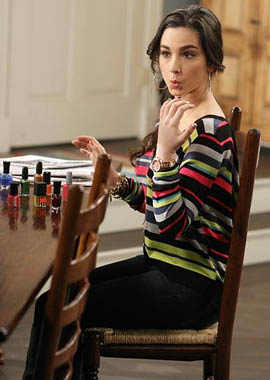 Boyd, respectively, have opted not to return for Season 7. Both roles are in the process of being recast.

Last week, TVLine first reported that both actors had yet to secure deals to appear in the Fox revival. Kaitlyn Dever, who plays daughter Eve, remains in negotiations to return on a recurring basis.

Fox resurrected Last Man Standing in early May, nearly a year to the day after the show’s controversial cancellation at ABC. The phenomenal success of ABC’s Roseanne revival prompted 20th Century Fox to reassess Last Man‘s viability, and its sister network was the logical home.