Julia Roberts’ Homecoming will be coming to your home soon enough: Amazon has announced that the upcoming thriller series starring Roberts will debut this fall… and released a pair of tantalizing first-look photos to whet our appetite until then.

Directed by Mr. Robot creator Sam Esmail, Homecoming is billed as a “mind-bending psychological thriller” and stars Roberts as Heidi Bergman, a former case worker who used to help soldiers transition from the battlefield to civilian life. Years later, living with her mother and working as a waitress, Heidi is questioned by the government about why exactly she changed careers.

In the photo above, we see Roberts as Heidi, presumably in her case worker days. And in the photo below, we see Heidi working with soldier Walter Cruz (Shots Fired‘s Stephan James). Could Walter be the key to the mystery the government is trying to untangle? 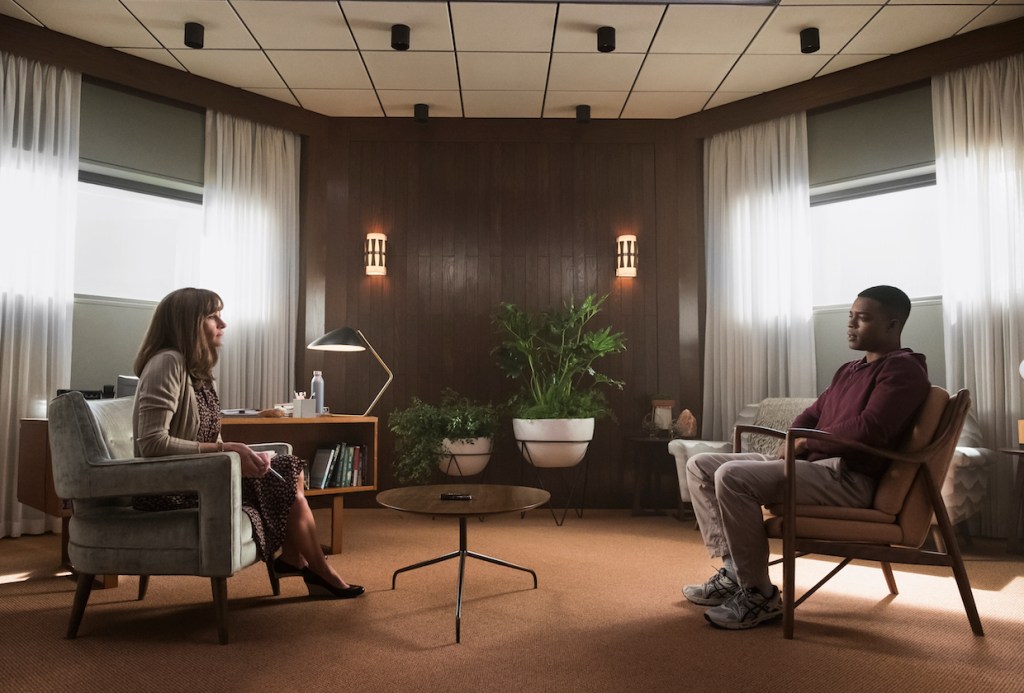 Take a close look at the first-look photos, and then hit the comments below with your first impressions of Homecoming.