The four queens remaining in RuPaul’s Drag Race Season 10 have poured their blood, sweat and sequins into the competition. And in less than 24 hours, all that hard work will finally pay off… for one of them, anyway.

Following Thursday’s finale extravagaaanzaaa (VH1, 8/7c), either Asia O’Hara, Aquaria, Eureka or Kameron Michaels will be crowned America’s Next Drag Superstar, immortalized alongside some of the greatest queens in the show’s nine-year herstory. To that end, TVLine is taking stock of the four finalists, inviting you to tell us who deserves to finish on top: 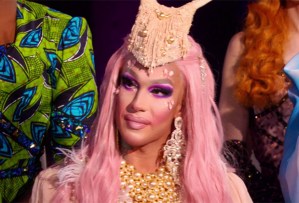 KAMERON MICHAELS | Though her fellow queens have accused her of being fake — I believe “faces of many!” were the exact words Monique Heart used to describe her approach to playing the game — Kameron has proven herself to be the true survivor of Season 10. Often down, but never out, this comeback queen has bested several of this season’s toughest competitors with her sickening lip syncs. I commend her on making it this far in the competition, but if I’m being real, I don’t see her moving beyond fourth place. 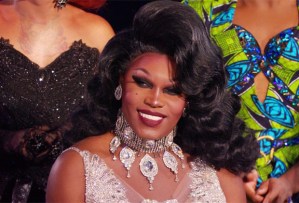 ASIA O’HARA | A shining example of how all humans should treat one another, Asia has been the picture of grace and compassion all season — you know, excluding that time she declared Miz Cracker “not a star,” sending her into a months-long depression. She also proved herself to be one of the funnier finalists, winning challenges like “Tap That App” (that face still haunts my dreams!) and “Breastworld.” While I don’t see her going all the way, I predict a solid third-place finish, and I’ll throw in the title of Miss Congeniality at no additional cost. 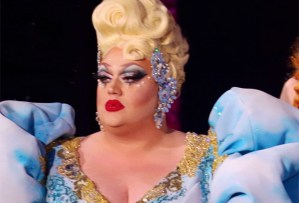 EUREKA | After shaking off those residual nerves from her injury in Season 9, the self-proclaimed Elephant Queen found her power, trampling the other contestants with a series of well-deserved wins. From Big Fat Baby to the butch persona she used to promote “Trade,” Eureka has served up some of the season’s funniest, most unforgettable moments. Besides, as Kalorie Karbdashian pointed out during last week’s reunion, it’s time for a big girl to win this thing. I’m personally hoping to see Eureka come out on top, though I’d settle for second place behind… 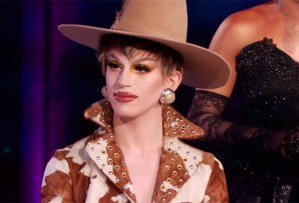 AQUARIA | When it comes to runway looks, no one else in Season 10 can hold a candle to “the bitch from New York City,” already heralded by the judges as one of the five most stylish queens in Drag Race herstory. She also boasts the most in-season wins, taking home top honors for her climate change ensembles, her “evil twin” look, and, of course, her unforgettable performance as Melania Trump in Snatch Game. As I just mentioned, I could see — and would be perfectly content with — Aquaria bringing home the crown.

Which of these four queens do you think will win tomorrow night — and who should win, even if you don’t think they will? (Come on, we all know the two aren’t mutually exclusive.) Cast your vote(s) below, then drop a comment with your thoughts on the Drag Race finale.