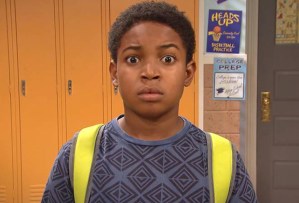 Issac Ryan Brown (Raven’s Home) will step into the role of Kim’s computer-whiz accomplice Wade Load (yes, that’s his actual name), the network announced on Friday. As you may recall, the character — who would alert Kim to crisis situations via the use of that iconic tone — was voiced by Tahj Mowry.

Sadie Stanley will star as the titular teenage thrill seeker, while Sean Giambrone (The Goldbergs) will co-star as Ron Stoppable, Kim’s sidekick-turned-love interest.

Are you pumped for the Kim Possible movie? Drop a comment with your thoughts on this latest casting below.