Forget about entering online lotteries — Sunday’s broadcast of the 72nd Annual Tony Awards gave Broadway lovers full access to some of the hottest tickets and stars on the Great White Way. 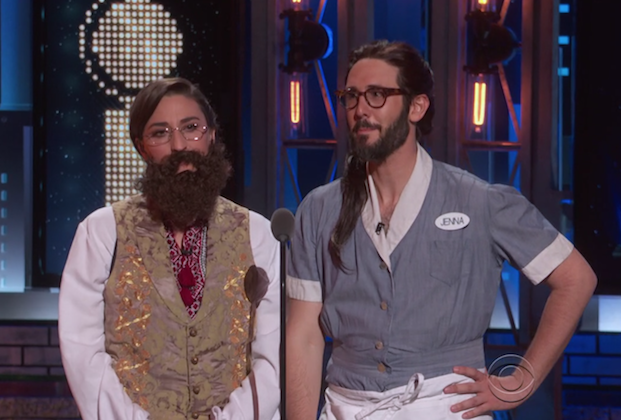 Hosted by pop singers and Broadway performers Sara Bareilles and Josh Groban, the three-and-then-some-hour broadcast featured performances and appearances by a bunch of bold-faced names (Springsteen! Fey! Elsa!) as well as a slew of numbers from nominated shows and at least one impromptu political protest from a plucky presenter.

Whether you watched and want to relive the highs and lows, or if you missed it and want to catch up on all the theater geek news, TVLine has compiled a gallery of the most memorable moments from this year’s telecast.

Click on the gallery above — or go to it directly here — to browse our gallery of Tonys moments, then hit the comments to sing its praises (or the opposite).