Dear Sally: Could Felicity Porter be ready to re-enroll for another semester? 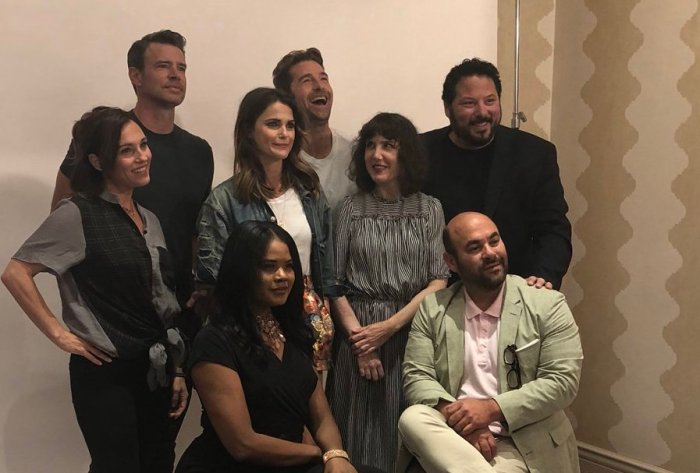 The cast of The WB’s college-dorm drama Felicity, led by series star Keri Russell, reunited on Sunday at the ATX Festival to look back on the beloved series 20 years later. Naturally, the idea of a revival came up, and Scott Foley, who played dorky R.A. Noel Crane, was initially skeptical — but the reunion changed his mind.

“I would love to work with everyone again,” he told the panel, according to The Hollywood Reporter, “and get an opportunity to find out what happened to [everyone]… I’ve missed you guys!” His co-star Scott Speedman (Ben) agreed: “There’s a way to make it work.” (Also, Russell’s other show, FX’s The Americans, just ended. Just saying.)

* Foley was actually cast to play Ben originally, but switched to Noel when Speedman arrived on the scene. “I think they liked this guy as Ben better,” Foley said, pointing to his co-star. “Nobody could have played Ben Covington better than Scott Speedman.” Foley can’t really picture what the show would look like with himself as Ben, either: “What a s–tty show that would’ve been.” 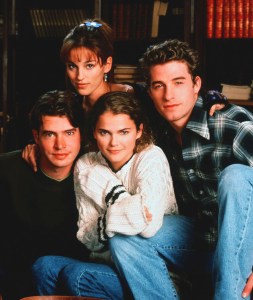 * Amy Jo Johnson’s Julie was an aspiring singer-songwriter, but contrary to popular belief, the actress did not sing the original Felicity theme song used during the first two seasons. (The song’s credits were actually mislabeled at the time, Give Me My Remote reports.)

* So what was really in that mysterious box of Meghan’s, huh? Amanda Foreman said she never knew, and neither did creator J.J. Abrams, but she had some theories: “I thought maybe it was a confession to a murder or something… or it could be a finger.”

* Rob Benedict was a certified scene-stealer as Richard, the annoying dorm-room denizen who relentlessly accused Noel of “fraternizing” — but he was originally only supposed to appear in one episode. Luckily, he was funny enough to earn a regular role, eventually appearing in 36 episodes. “Richard cared about Noel,” Benedict remembered. “I don’t think Noel really cared or needed him in his life.”

* About that infamous Season 2 haircut: Russell admitted “it wasn’t the best,” but insisted that “it was so good for the character… Felicity was never a fashion plate anyway.” Speedman remembered trying his best to pretend he liked the new ‘do, but “I failed miserably.”

* The final episodes of Felicity, which saw our heroine time-travel back a year to change the course of her life, are still polarizing for fans… and confusing for the cast. Foley seemed to have zero recollection of what happened in those final episodes when reminded during the panel: “Hang on, I died?!?… I think I would remember having sex on the roof!”

Check out our photo gallery above for a look at the Felicity cast 20 years later, and then hit the comments with your fondest Felicity memories.