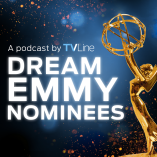 Paper Boi wasn’t the only one who blew up between seasons of FX’s Atlanta, you know. In the latest TVLine Podcast, star Brian Tyree Henry explains how the cast’s sudden off-screen fame heavily influenced Earn and Al’s rocky journey in Season 2.

“There’s no textbook, or rulebook, to tell you how to move through fame,” Henry — who stars as rising-star rapper Alfred, aka Paper Boi, on the just-renewed FX comedy — tells Senior Editor Dave Nemetz, before detailing Earn’s (many) stumbles as Al’s manager. But all those stumbles paid off: Henry’s gruff, stoic work as Al earned him a spot on TVLine’s list of Dream Emmy nominees for Outstanding Supporting Actor in a Comedy Series. 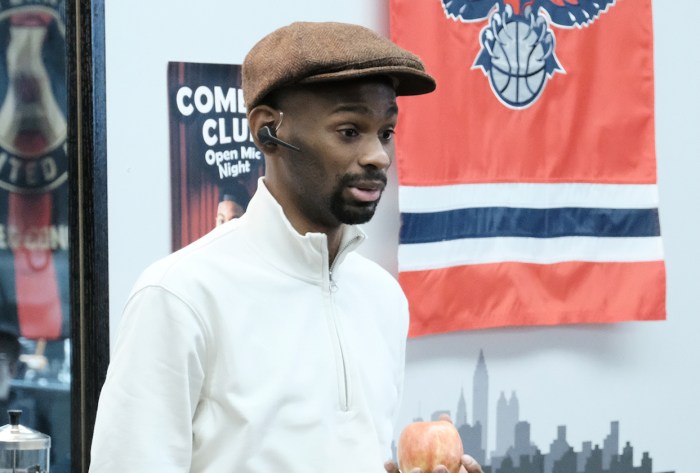 Al got a pair of showcase episodes in Season 2, and Henry goes deep on them here, talking about the “very therapeutic” process of filming the survival-horror episode “Woods,” and how it helped him grieve for the recent death of his mother Willow Dean Kearse. (The episode is dedicated to her memory.) Later in the podcast, he cracks up just thinking about the riotous buddy-comedy episode “Barbershop,” which paired him with motor-mouthed guest star Robert S. Powell III, and explains how it ties into his relationship with his real-life barber.

But it’s not all Atlanta: Henry also recounts his long friendship with This Is Us star Sterling K. Brown (“as soon as I met this dude, it was just like a breath of fresh air”) and reveals his love of Investigation Discovery and The Great British Baking Show (“I dare a man to dislike Mary Berry”). Press PLAY on the widget below to hear our chat with Henry, and be sure to subscribe at iTunes to ensure that you never miss a TVLine Podcast.