The first hour of The Fosters‘ three-night series finale event brought about many new beginnings — and some endings.

Monday’s episode picks up one year after the Season 5B finale, with Brandon and fiancée Eliza’s families gathering for dinner ahead of the couple’s Turks and Caicos nuptials. And if you were expecting a peaceful joining of two broods, well, what show have you been watching for the past five years? The evening is marked by at least one breakup, a boozy Foster child and an unpleasant pre-wedding surprise.

Let’s recap what’s changed for each member of the family since we last saw them:

STEF AND LENA | We finally got an answer to what Stef’s doing now that she’s no longer a detective, and it’s pretty fitting: she runs a non-profit child welfare agency and shelter for homeless families and abused women. Meanwhile, Lena is on the public school board in addition to still being the principal of Anchor Beach. The moms are also hoping to adopt their newest foster child, Corey (played by The Mayor‘s Dallas Young), whose mother is a drug addict. 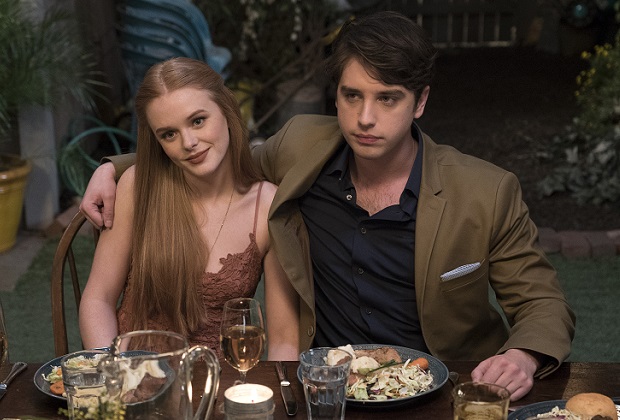 BRANDON | He got his masters from USC, which is where he met cellist Eliza, when she signed up to play his student film score. Their story of how they got together is sweet, but do they have a future together? There are multiple red flags: For starters, Eliza’s conservative parents (13 Reasons Why‘s Robert Gant and Teen Wolf‘s Susan Walters) make several remarks that rub the moms the wrong way. And Eliza seems keen to let her parents control all aspects of the wedding since they’re paying for it, which means Lena and Stef are no longer officiating, as originally planned. Then Eliza’s dad hits Brandon with a whammy: a prenup. On top of all that, Brandon hasn’t told his fiancée about his romantic past with sis Callie.

CALLIE | It’s all work and no play for the newly minted lawyer, who is interviewing for clerkship jobs with judges. “When was the last time you got laid?” Aaron asks. (No, they’re not back together.) Eliza’s older brother Jamie (Awkward‘s Beau Mirchoff) takes a shine to Callie, but she says the corporate lawyer isn’t her type. Maybe she’s still hung up on Brandon? She confesses to Aaron that she expected Brandon to marry someone more mature. When Mariana asks if it hurts to see her first love getting married, Callie replies, “Well, I’ve loved Brandon as my brother a lot longer than I loved him as more than that.” She pauses before adding, “I guess, yeah, maybe a little.” Guess who overhears the exchange? Eliza!

MARIANA | As hinted at in the Season 5B ender, Mariana and Mat got back together while in Boston. Then he graduated and went on tour with a band, after which he returned and gave her crabs. So they’re over, but since he and Brandon are friends, Mat is invited to all the wedding festivities, making for a very awkward dinner. And that’s before Mariana jokingly invites her ex Wyatt to go backpacking across Europe with her. 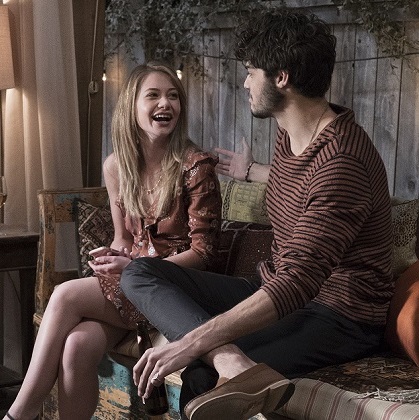 JESUS | After years of doing the long-distance thing, Jesus and Emma are planning to move in together. Then Mariana throws a wrench into their relationship when she reveals to her brother that Emma got a job offer in India, which she’s turning down. Emma suggests he could come with her to India, but Jesus is getting his life together — he’s starting a treehouse-building business with Wyatt — and doesn’t want to go. “Just be honest: If you stay in San Diego with me, are you going to regret it?” Jesus asks. When Emma hesitates to answer, he tells her to go to India, but he’s not going to wait for her anymore.

JUDE | Unbeknownst to anyone else, the youngest Foster is on academic probation after his first year at UCLA, and he’s drowning his sorrows in booze. While sneaking some alcohol into his drink, Jude is caught by Eliza’s younger brother Carter (Spencer List). The two definitely give off a flirty vibe, although Carter claims to have a girlfriend at Princeton. Later that night, Callie ushers a drunken Jude to bed and finds PrEP pills for HIV prevention in his pocket.

Fosters fans, what did you think of Night 1 of the series finale event?