Often I’ve read in the comments that follow TVLine’s recaps of The Voice that the show has never produced a star on the same level as American Idol. And I can’t argue that NBC’s sing-off has started any success stories on par with those of Carrie Underwood or Adam Lambert. (Can you imagine Idol poaching a Voice alum for its judging panel the way The Voice has Idol grads Jennifer Hudson and Kelly Clarkson? Me, neither.) However, I can argue that The Voice, perhaps better known for its swivel chairs than its former contestants, nonetheless matters — and here’s why. 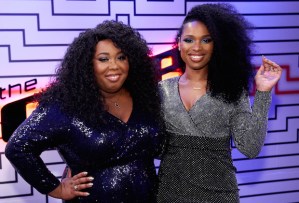 Those of us who grew up in an age when the M in MTV still stood for music are used to being introduced to new artists by a third party who helps us get to know said artists and coaxes out their personalities. And to this day, we like having that middleman act as the equivalent of an icebreaker at a party, asking, “Did you know Kyla Jade used to sing backup for JHud?” or telling us, “Britton Buchanan has the driest sense of humor. Britton, come over here and say something funny.” The go-between assures that we become as well-acquainted with the vocalists as we do their vocals, and as a result, the singer/fan relationship is stronger than it would be if, say, we’d just happened upon a random music video on YouTube. (Which is ordinarily how I hear/see new stuff.) 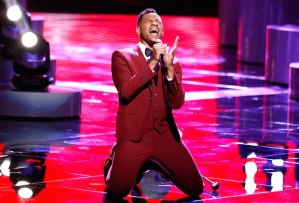 Obviously, the middleman approach doesn’t do the trick for every viewer, which is why Voice grads, like Idol contestants in later seasons, have rarely gone on to become (or remain) household names. But for some of us, the connections stick. For instance, I still check iTunes all the time to see if Chris Blue has released anything new that’s as cool as “Blue Blood Blues.” (“Humanity” didn’t do it for me.) And since I got so attached to, and was so impressed by, Addison Agen and Jaclyn Lovey during Seasons 13 and 14, respectively, I’ve discovered their lovely pre-show releases.

Is that enough to kick-start a big career? Of course not. But it might be enough to get a small one going. And even if it isn’t, there’s value in an up-and-comer reaching a new, wider audience, because at least a few of us are sure to follow them long after they’ve sung their Voice swan songs. What do you think? Are there any past contestants whose music you still look forward to? Or when the season’s done, so are you? Hit the comments.