When Fox cancelled Lucifer after three seasons, Kevin Alejandro had a series of reactions — a huge sense of loss for the supernatural-tinged series as a whole, as well as the fact that his directorial debut might never see the light of day.

“It was a little heartbreaking,” he shares with TVLine, “because one cool thing about my episode is that it was the last one that we all shot together.” As such, “It was an emotional experience, full of tears and sweat and laughter.”

Memories From the Set: Kevin Alejandro 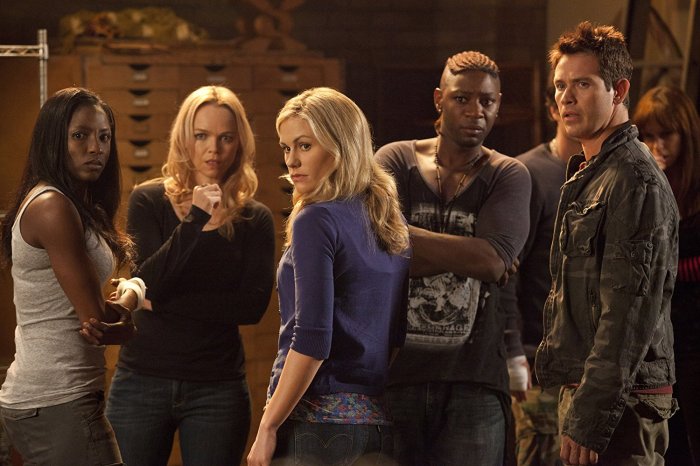 Fortunately, Lucifer fans will get to lay eyes on the episode Alejandro directed — as well as this season’s second “bonus” hour — when they air back-to-back this Monday starting at 8/7c.

Titled “Once Upon a Time,” the second of the episodes serves up “one of those What If? worlds, and because of that, not all of the Lucifer rules apply,” its director previews. “We kept joking around, calling it a ‘re-pilot,’ because it’s the characters we know and love, but in different circumstances” — including one where Lucifer and Chloe never met!

Also unique to Alejandro’s directorial debut is that he heard the voice of God… in the form of Lucifer’s comic book creator, Neil Gaiman, narrating the fairy tale-like proceedings as Him. “I think it kind of happened as a joke, where [showrunner] Joe [Henderson] was like, ‘How funny would it be if Neil played God? I’m going to shoot him an email’ — and with no hesitation, Neil was like, ‘I’m in,'” Alejandro relates. “I did the final sound mix the other day, and it’s really cool. [Showrunner] Ildy [Modrovich] had tears by the end of the episode.”

Dan is understandably “light,” as they say, in the episode Alejandro was busy helming, but in Monday’s opening hour, “You get a bit of LuciDan,” he shares. “Whenever Tom [Ellis] and I are in scenes together, we can’t help but laugh all the time. We have some great, great stuff in it.”

Capping our conversation with Alejandro, TVLine invited the steadily working actor to take a trip down memory lane and revisit his first TV gig and several that followed. Click here for his Memories From the Set.