A cruel Summer is on tap for The Young and the Restless‘ Phyllis.

Hunter King, who co-stars on CBS’ recently renewed primetime comedy Life in Pieces, is set to pull double duty and return to her daytime-TV roots as Summer Newman, TVLine has learned exclusively.

A two-time Daytime Emmy winner during her original Y&R run, King last appeared on the sudser in 2016, when Summer decided to take a break from her college studies to travel the world. (King had been promoted to series regular status for Life in Pieces Season 2, where she plays Clementine.) When Summer returns from that extended trip abroad, she will waste no time stirring up trouble in Genoa City — as suggested by the exclusive photo below! — giving her mother Phyllis (Gina Tognoni) a run for her money.

Y&R, which is in the midst of celebrating its 45th anniversary (and 29 consecutive years as daytime’s No. 1 drama) airs weekdays on CBS. Life in Pieces won’t return for Season 4 until midseason, presumably freeing King up for her “day” job. 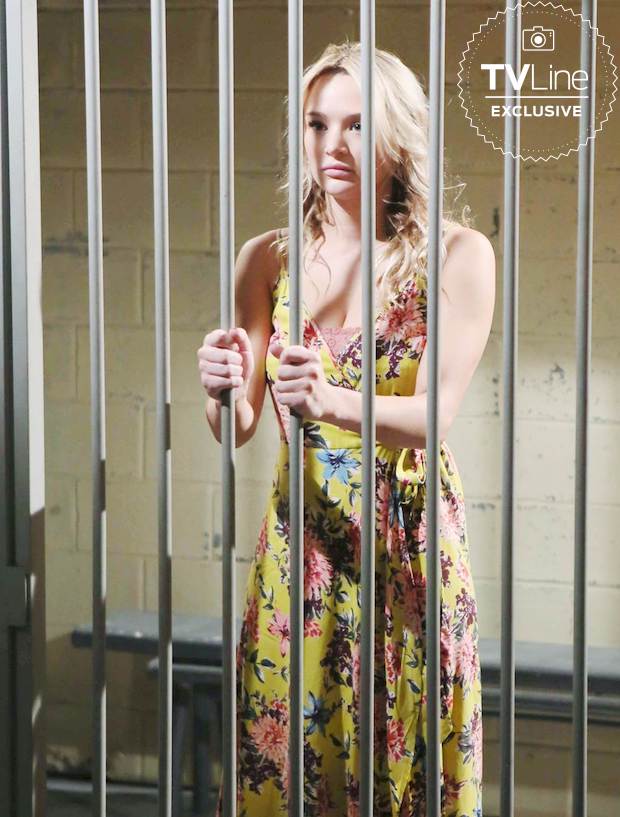