That noose around Philip and Elizabeth’s throats started to get awfully tight in the penultimate episode of The Americans. Is it finally time for them to pull the ripcord and run back into the arms of Mother Russia? 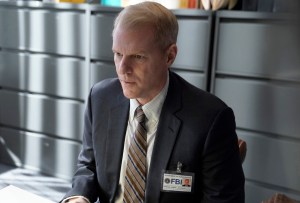 Stan is connecting the last few dots about his neighbors: He searches a FBI computer database for them, but comes up empty, and drops in unannounced on Philip at his travel agency to snoop around. He even calls up Pastor Tim (!) down in Buenos Aires and asks him, “Is there anything I should know, as an FBI agent, about the Jennings family?” Pastor Tim doesn’t spill the beans, though, and Aderholt looks at Stan like he’s crazy when he confesses that he suspects Philip and Elizabeth are Soviet spies. But they get a break when a Russian Orthodox priest complains about the “moral weakness” of some of his fellow priests — and points them towards Father Andre.

The feds haul in Oleg after they catch him picking up a dead-drop message from Philip, and Stan ends up sitting across from his old pal in the interrogation room. At first, Oleg doesn’t budge, but in a holding cell, he whispers to Stan that people inside the KGB are trying to get rid of Gorbachev, and he needs his help to get that coded message back to Moscow. He won’t say who sent it, though, even after Stan shows him a photo of Philip and Elizabeth. He’s prepared to spend the rest of his life in prison, away from his wife and child, because he believes this mission is that important: “This is why I risked all of that.” 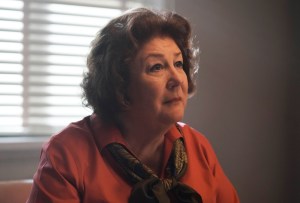 Elizabeth, meanwhile, is keeping a close eye on Nesterenko, trying to make sure no one assassinates him. She springs into action when she spots a mystery woman in a blonde wig approaching Nesterenko, and shoots the woman dead before she can reach him. (It’s Tatiana, Oleg’s former colleague at the Rezidentura!) Elizabeth reports back to Claudia that she just saved Nesterenko’s life, and she’s told Gorbachev’s people about Claudia’s plot: “It’s over.” A betrayed Claudia fires back that Elizabeth just condemned everyone who ever supported her to prison, and ruined everything she’s accomplished over the years: “The damage you’ve done is indescribable.” Claudia says she’ll return home “to fight for what’s left of my country” — but she wonders what Elizabeth has left to return to now.

Maybe not much, as it turns out: Philip dons a disguise to meet Father Andre in a public park, but when Andre tells him about that other priest meeting with the FBI, Philip abruptly walks away and soon starts sprinting, with a couple of feds giving chase. He manages to switch disguises and safely jump into a taxi, but it was too close a call. Back at home, Elizabeth faces an angry Paige, who heard about what happened to poor Jackson and accuses Elizabeth of seducing him. Elizabeth denies it, but Paige sees right through her lies, calling her mom a “whore” and adding, “No wonder Dad can’t stand to be in the same room as you. You lie about everything.” Elizabeth snaps at her, telling Paige she can’t possibly understand how she and Philip were raised: “We were proud to do whatever we could” for their country — including having sex with a whole bunch of strangers.

But what do they do now? After that close call with the feds, Philip calls Elizabeth from a pay phone, speaking very deliberately: “I was hoping to make it home for dinner, but things are very topsy-turvy at the office.” It’s clearly an emergency signal, and it leaves Elizabeth looking stricken. She hangs up and runs to the basement, stuffing a duffel bag with license plates, bundles of cash, passports and guns. (She also pockets a pair of wedding rings.) Are they booking a one-way flight to Moscow? And what awaits them on the other side?

* Elizabeth was haunted by a flashback to her days as a young Soviet operative, when she witnessed a horrific accident with a horse and a motorcycle, but didn’t stop to help because she thought she couldn’t stop in the middle of a mission. Her mentor scolded her for leaving “a comrade to die on the street.” You mean like she just did with Tatiana?

* Speaking of which: How the heck did they get Keri Russell to look so young in those flashbacks? Lots of makeup? A Felicity face-swap? Or just Russell’s naturally superior genetics? Whatever the method: Bravo.

* I have to admit, I squealed a bit when I saw Kelly AuCoin (Pastor Tim) listed in the opening credits. This final season is doing a great job of tipping its hat to the entire series.

* The series finale is next week, people. Will we see Philip and Elizabeth escape back to Russia? (And would they even be welcome there?) Will one of them — or Paige, or Stan — pay the ultimate price? Will Henry even make an appearance? Will we ever find out what happened to Martha? This time, next week, dear comrades.

Got thoughts on tonight’s penultimate episode of The Americans? Drop ’em in a comment below.