We’ve got questions, and you’ve (maybe) got answers! With another week of TV gone by, we’re lobbing queries left and right about shows including Timeless, Lucifer, Grey’s Anatomy and Supernatural! 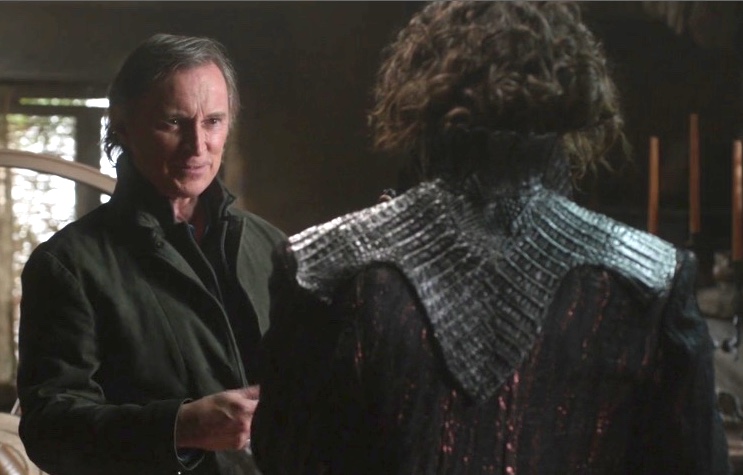 1 | Could Once Upon a Time‘s body double for Wish Rumple have been any more distracting of a physical mismatch? (Is that a hat rack wearing a wig?)

2 | Why didn’t Hawaii Five-0 try harder to give 15-years-younger Flashback Steve a fuller head of hair, or at least closer to the ‘do he arrived on the show with?

3 | Now that Brooklyn Nine-Nine is on NBC, how soon can we expect This Is Us‘ Sterling K. Brown to put in an encore as homicidal dentist Philip Davidson? And does the midseason start date mean [sniffles] no annual Halloween heist?

4 | Anyone else find it odd that Saturday Night Live did yet another game show sketch — first Bill Hader’s “Irish Dating Show,” now Amy Schumer’s “Mother Knows Best” — where the (supposed) punchline was incest? 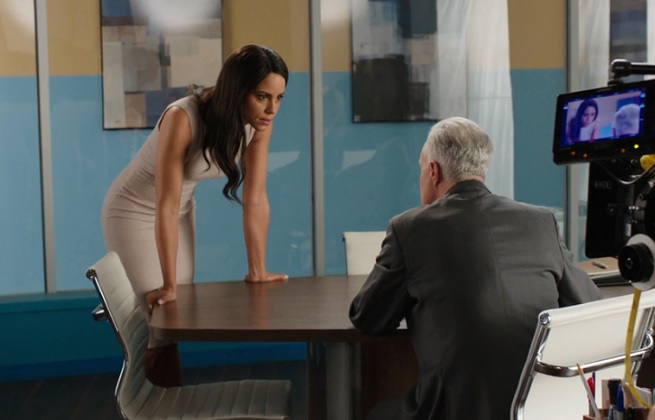 5 | Could Harry and Meghan: A Royal Romance‘s Suits set have looked less like the actual USA Network show?

6 | Really, NBC? Sunday golf runs late, but instead of picking up a frickin’ game show already in progress, you dare Timeless fans to have their DVR cut off the season/series finale’s final (and eventful!) 15 minutes??

7 | How would Deception‘s prison warden be able to “negotiate” Johnny’s potential murder sentence? And why did that Betamax recording play back in widescreen, with no “bars”?

8 | TVLine reader J asks, “Does Madam Secretary hold the record for slowest moving elevator on TV? And did the camera showing the #3 floor sign only make it worse?” 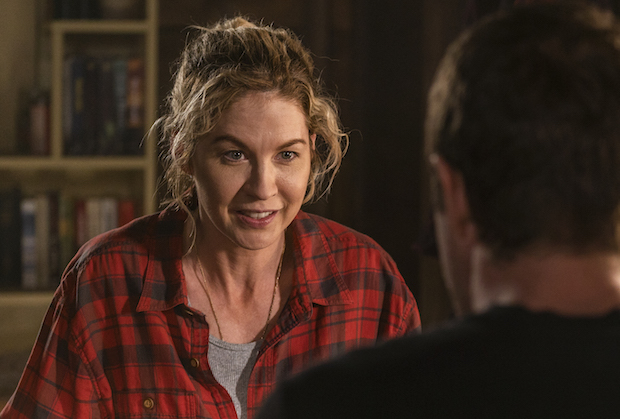 9 | How shocking is it that one of the most romantic hours of television this season was Sunday’s John-and-Naomi-centric Fear the Walking Dead? And is anyone now not less concerned that Madison might be dead than “Laura”?

10 | Did Westworld‘s Man in Black ever actually mention his daughter to Lawrence, or was that just Ford’s coding accidentally revealing itself?

11 | Was Barry‘s season finale such a perfect ending that you kind of wish there wasn’t a Season 2?

12 | If Chloe famously impairs Lucifer‘s angelic mojo, should he have been able to shield her from a barrage of bullets/fly her to safety?

13 | Is Supergirl‘s Imra — who encouraged Mon-El to follow his heart, even if it means staying in the past with Kara — the most understanding wife in television history? 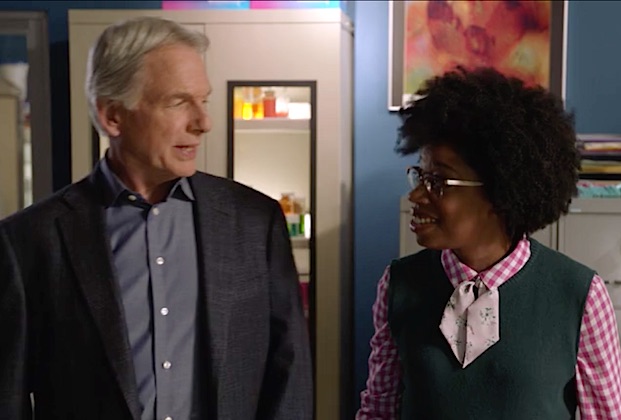 15 | Was Diggle’s latest visit to The Flash wayyyyy too brief for your taste?

16 | First Chicago P.D.‘s Jay doesn’t even get to ask Lindsay, and now Med‘s Will botched his proposal to Natalie… We have to echo TVLine reader “westwingwolf” and ask: Is Mama Halstead’s engagement ring cursed?

17 | Did New Girl‘s near-perfect series finale make up for an otherwise lackluster farewell season? And did everyone catch that the actor playing Nick and Jess’ son was credited as “Reginald VelJohnson,” a callback to a bet Nick lost to Schmidt (requiring him to name his firstborn after the Family Matters star)? 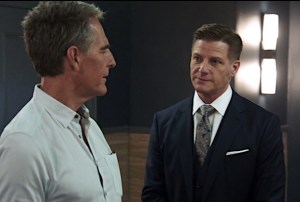 18 | SEAL Team, 9-1-1, last week’s Lucifer and now NCIS: New Orleans — “Matt Fielding” is everywhere these days, isn’t he? Also, should we worry about NCIS‘ Gibbs ending the season on death’s doorstep as his Tuesday pals Jason Bull and now Dwayne Pryde have?

19 | Why did Riverdale‘s Cheryl get welcomed by the Serpents with open arms — with a custom red jacket, no less! — when they totally rejected Betty earlier this season?

20 | Isn’t the fact that Empire‘s Lucious and Cookie raised upwards of $70 million in a single evening — via crowdsourcing! — a bit egregious, even for the Lyons? 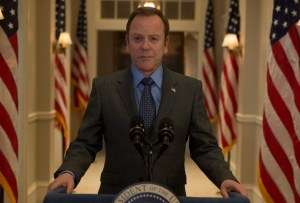 21 | On Designated Survivor, is the most unorthodox part of Kirkman’s presidency that he wore a stylish grey suit with blue shirt during a televised address to the nation?

22 | Grey’s Anatomy spoiler alert! How many fans predicted Teddy’s pregnancy back in March when she and Owen had sex? Were you disappointed that, after all of Meredith’s talk in the finale about not wanting to be alone, it didn’t end with Nick making a surprise appearance on the ferry? Lastly, were April’s insta-wedding and Arizona’s prospects of reuniting with Callie sweet send-offs, or hurried happy endings? (Wouldn’t Calzona’s quasi-reunion have been even more impactful had Sara Ramirez made a cameo?)

23 | Should Supernatural have never hinted in the press that Jensen Ackles would be playing another character? Would you then have been legit surprised by the finale reveal?

24 | Between the cancellation of Fox’s Lucifer and the death of Supernatural‘s Lucifer, is the devil having the worst May Sweeps ever?

25 | Did S.W.A.T. break any rules by having both D.B. Sweeney and D.B. Woodside in the same episode of television?