The following contains alllll kinds of major spoilers from the Season 5 finale of Marvel’s Agents of S.H.I.E.L.D.

“Save the team leader, or save the world” was the dilemma facing Marvel’s Agents of S.H.I.E.L.D. in the Season 5 finale this Friday. In the end, were they able to avert catastrophe and keep their team intact?

After some heated debate, May ended the Centipede serum standoff by smashing the odium vial, leaving them with but one option — to save Coulson. Talbot meanwhile flew Qovas’ ship to Chicago, after pressuring young Robin to pinpoint a place to burrow for gravitonium. There, Talbot perched the ship atop two buildings, before he descended to street level to extract a pillar of Earth, from which he grabbed a glob of gravitonium.

Back in River’s End, Coulson seemed right as rain after being handed the Centipede serum to fix what ails him. Except, he didn’t take it, declining to cheat death again. Instead, we later learned, Coulson had slipped it into Daisy’s gauntlets before she raced off for Chicago to face down Talbot. The turbo-charged general got in some solid licks, at one point flying Daisy up into the sky, and then back down to the ground, delivering an epic body slam to Quake. But just as Talbot went to “absorb” Daisy with his gravitonium tendrils, she shot herself up with the Centipede was was able to get free and quake Talbot up, up, and away, all the way into orbit.

During the Earth-shaking street scuffle, the ship that Talbot parked atop the buildings teetered, with Robin and her mother Polly still inside. Mack, May and Fitz arrived on the scene, just as Robin made her way off the ship and into a building’s high floor. Mack then heroically dashed inside to find Polly, which gave Fitz and May pause, seeing as neither Mack nor Polly “make it” into the future they saw. May fixed that, however, by boarding the ship herself to help Mack fend off some aliens and save Polly. But as the Daisy/Talbot fight reached its seismic peak, rubble crashed down on Fitz, leaving him mortally injured. Fitz feared “just” a broken leg, but it was much more than that, and Mack sat at his side, comforting his friend, as life quickly drained from him. 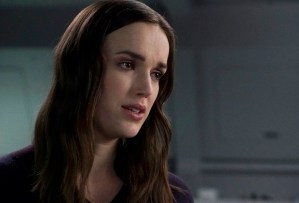 In the wake of Daisy’s big win followed by Jemma’s tragic loss, the team gathered for a “celebration” of some sort, over drinks. Coulson spoke fondly of the heroes he has had the pleasure of working alongside, while Jemma explained how we never truly “move on” from the tragic losses. Coulson then pulled Daisy aside to say he left her a note, about how damn proud he is of her. Moments later, we realized what is truly going on, as Coulson, with maybe weeks left to live, walks down the Zephyr ramp and onto… a sandy beach in Tahiti, where he is joined by May. Holding hands, beaming, they watch Daisy, Mack, Elena, Jemma, Piper and Davis zoom overhead, off to S.H.I.E.L.D.’s next adventure.

Here, executive producers Jed Whedon, Maurissa Tancharoen and Jeff Bell — in an interview conducted prior to S.H.I.E.L.D.’s renewal as well as Season 6 being scheduled for Summer 2019 — fielded some burning Qs about what we just saw.

TVLINE | Why did you decide to put an “expiration date” on Coulson during the second half of the season?
JED WHEDON | One of the things we struggle with on a show where people always come back, and a show founded on a character who was once dead and then brought back, is to how play some of the reality of the stakes of life and death. And as we were moving Daisy into a leadership role, and moving May and Coulson closer together in Season 4, and approaching our 100th, it felt like a good time to sort of re-address the founding notion of our show–
MAURISSA TANCHAROEN | –which is that he’s already on borrowed time.
JEFF BELL | It goes back to Ghost Rider at the end of last season.
WHEDON | Coulson feeling grateful for what he’s experienced, but also aware that it’s finite…. It felt like there was a lot to play there, a lot of good emotion, and we saw that through the season. We love Coulson and we love Clark Gregg, but the stakes are real.

TVLINE | Given how the finale ends, should we expect Clark and Iain de Caestecker, and possibly Ming-Na Wen, to not be a part of any Season 6?
WHEDON | We hope we get to answer that question.
BELL | [At the time of this interview], there’s no Season 6, so we designed it so that you can imagine it as you want. You can go, “Oh, they came up with a last minute fix” or, “Oh, they had a few weeks together,” or somewhere in between. The ambiguity of it doesn’t undercut the emotion, but it also allows people to respond individually. 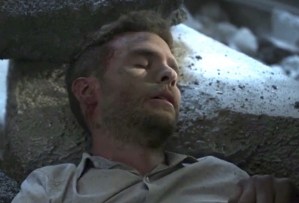 TVLINE | The Fitz that Coulson hopes Simmons “finds” one day — that’s the one who froze himself inside Enoch’s ship in the other timeline?
TANCHAROEN | Yes. He’s on his way to save them.
WHEDON | He went the long way, so [he and Enoch are] still traveling.
BELL | They’ll be parked behind Jupiter, biding time.

TVLINE | It may be small consolation, but giving Simmons that hope was a nice touch, because it avoided you going “full Whedon” on FitzSimmons as a couple.
WHEDON | And by that, you mean “being cruel and killing them”? [Laughs] Is that what you mean by “the full Whedon”?
TANCHAROEN | [Laughs] But at least you still get to experience the emotion of it — for a little while.

TVLINE | I was waiting for a bonus scene, but there was none. Was there any temptation to hint at what might be coming in the event of renewal?
TANCHAROEN | We felt like it needed to end in Tahiti. To take away from that would be wrong.
WHEDON | It’s like having a meal, and you have that perfect last bite, and then you go back and eat one last chip and go, “Ehhh.”
BELL | It’s also, emotionally, about the two senior members of the team, who in a sense have retired to Tahiti, and there they are watching the future of S.H.I.E.L.D. fly off into a new adventure.
TANCHAROEN | There was nothing left to do after that.
BELL | It felt like a nice, succinct ending.

TVLINE | We last saw Deke in the Lighthouse when most everyone else was scrambling to Chicago; there was no scene where we see him “blink” out of existence. As far as we know, is he still in the Lighthouse?
BELL | That’s a question.
TANCHAROEN | Did he blink out, or did he go somewhere else? 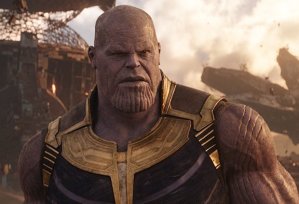 TVLINE | Talk about the challenge in referencing the events of Avengers: Infinity War without necessarily addressing all of the events. Many who have seen the movie suspected we might see a few agents “turn to dust” in the finale.
BELL | There are a couple things at play. They changed the film’s release date [to a week earlier]. And if you really look at the movie, an alien ship shows up in New York, and they show up in Wakanda, so in terms of the world’s perception, it’d be very easy to be elsewhere and to not be fully overwhelmed with what’s happening. Now the very end of the movie is a different story, and there’s a world where our [season] has ended before that happens.
WHEDON | We think of our last few episodes taking place during the film…. [Episodes] 19 through 22 are pretty much one day. Also, one of the things that we tried to do was even if we’re just hinting at a crossover, our concept was to create motivation for our villain, for our antagonist — using the events of Infinity War and using the larger MCU battle to sort of inform [Talbot’s] motivation to become what he’s becoming. That was our main tie-in, trying to drive our own antagonist. We felt like that was a good way to deal with it, but keep the things in our world in our story.