The Peacock network on Thursday ordered to series The InBetween, a character-driven procedural that follows Cassie Bishop (Harriet Dyer of Australia’s Love Child), a young woman who was born with a gift, though she may call it a curse — she can see and communicate with the dead, helping them with their unresolved problems … whether she likes it or not. 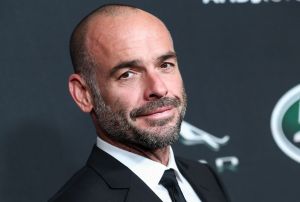 When Cassie’s longtime friend, Detective Tom Hackett (played by Paul Blackthorne, who as reported is exiting Arrow), and his new partner, former FBI Agent Damien Asante, need help solving a darkly puzzling murder, Cassie agrees to use her abilities. And despite her reluctance, she may have found a way to keep her demons at bay, all while solving some of the city’s most challenging cases.

Agent Asante was played in the pilot by The Originals‘ Yusuf Gatewood, but the role is now being recast.

Moira Kirland (Madam Secretary, Castle) serves as an executive producer/writer on the series.