Starz’s adaptation of The Rook has found its Myfanwy Thomas.

Emma Greenwell (The Path) will play the lead role in the upcoming supernatural spy series, TVLine has learned. In the 2012 Daniel O’Malley on which the show is based, Myfanwy is a young woman who wakes up in London park with no memory of who she is or how she got there — or why clandestine paranormal figures are pursuing her. Per the official logline, Myfanwy is dealing with supernatural abilities of her own and “must fight to uncover her past and resume her position within Britain’s secret service, the Checquy, before the traitors who stole her memory can finish what they started.” 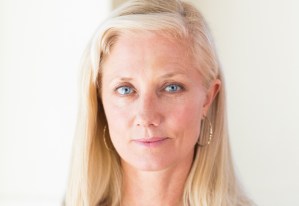 In other Rook casting news: Olivia Munn (The Newsroom) has been cast as Monica Reed, “a bold American intelligence officer with subtle supernatural powers who crashes into the Checquy investigation of her former lover’s death.” Joely Richardson (Nip/Tuck) joins the cast as Lady Farrier, the Checquy leader who also is Myfanwy’s mentor.

The Rook is now in production in London, with Twilight author Stephenie Meyer and Stephen Garrett (The Night Manager) executive-producing.