Coulda, shoulda, woulda. How often The Voice’s Season 14 coaches must be muttering those three words as the remaining members of their teams prepare to perform again on Monday (NBC, 9/8c). 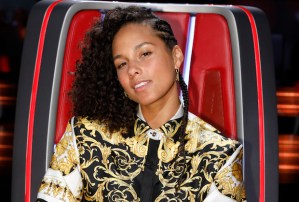 It isn’t that there’s not tremendous talent in the Top 10 — there is. It’s just that, at this turning point in the competition, Alicia Keys, Blake Shelton, Adam Levine and Kelly Clarkson have to be doing at least a little of what we are, and scratching their heads over their past decisions that sent packing contestants who had the makings of real contenders. In particular, I regret not getting to find out what would have been served up by…

Johnny Bliss (Team Alicia) | Though he’s got a smile that’s so big, you could hear it in his voice, he failed to get America’s vote, and his coach dumped him in favor of her muse, Christiana Danielle.

Kelsea Johnson (Team Alicia) | She was inarguably a more reliable performer than teammate Christiana, yet when viewers didn’t save Kelsea in the Live Playoffs, neither did her coach. 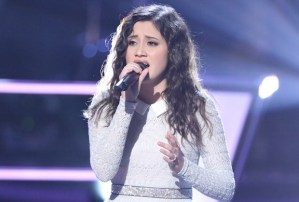 Livia Faith (Team Alicia) | We could understand how her coach might’ve declared Terrence Cunningham the winner of their Battle. But we’ll never understand why Blake didn’t steal her.

Terrence Cunningham (Team Alicia) | No, he wasn’t flawless every time he hit the stage. However, he’s at least as inventive as Christiana and, even when he wasn’t at his best, his potential was still undeniable.

WILKES (Team Blake) | After Pryor Baird, aka the human chainsaw, was voted through in the Playoffs, his coach threw away the element of surprise: Pryor’s less predictable lane-mate.

So, which contestant do you wish was still competing? One of these, or Molly Stevens? Genesis Diaz? Someone else entirely? Vote in the poll below, then hit the comments with your pick(s).