THE PERFORMANCE | Devoting an entire episode of television to a single character is always risky, but it becomes considerably less so when that character is played by The Originals‘ Daniel Gillies.

Easily one of The CW’s most underrated actors, Gillies took fans on a satisfying journey in Wednesday’s episode, following his character’s ill-advised decision to have his memory wiped. Gillies introduced us to a new Elijah Mikaelson, now a deeply troubled “human” slowly discovering the truth about his darker impulses. It really felt as though Elijah was finally understanding himself for the first time, like that iconic scene in Bambi where the young fawn encountered his first butterfly — only Bambi didn’t drain the butterfly of its blood and steal its pickup truck.

The compelling hour — part origin story, part slice-of-life — also introduced a new romance for Elijah, which Gillies and scene partner Jaime Murray sold as if we’d been watching their relationship simmer for years. “Finally!” you thought when she accepted his proposal, as if you’d been waiting for that moment since the pilot. It was a testament to the actors’ vulnerability, with Gillies particularly opening up to reveal nearly as much about his character in a single episode as we’ve learned since he debuted on The Vampire Diaries in Nov. 2010.

Wednesday’s episode culminated in Elijah’s confrontation with his brother, an exchange made all the more heartbreaking thanks to the emotional groundwork Gillies laid over the course of the hour. With The Originals‘ series finale just a few months away, this episode will be a heck of a way to remember Elijah Mikaelson. 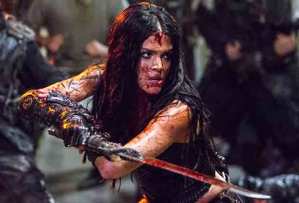 HONORABLE MENTION | While we’re on the subject of underrated small-screen performers, allow us to tip our collective hat to Marie Avgeropoulos, who never ceases to impress us as The 100‘s warrior queen Octavia Blake. Always game for a challenge, the actress threw every ounce of herself into Tuesday’s episode. In addition to being a physical feat — remind us never to stand against Octavia when she’s holding a sword — the episode also stretched the character to her emotional limit, particularly as she promised to look after the “child” of a fallen friend. (Spoiler alert: Find out who died!) Charting Octavia’s growth has always been a highlight of this show, and with Avgeropoulos at the top of her game, we don’t see that journey ending anytime soon. 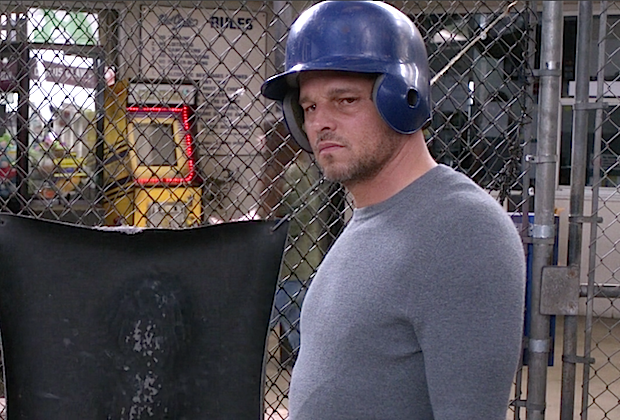 HONORABLE MENTION | Justin Chambers hit it out of the park in Thursday’s Grey’s Anatomy — and not just in that intense batting-cage scene, either. After Alex learned that his schizophrenic mom Helen had stopped cashing his checks because she was fine — better than fine, actually — his relief was tempered by disappointment: Helen didn’t want him around, lest he upset her routine. In a matter of seconds, Chambers deftly took Alex from disbelief to anger born of hurt. As he later unleashed that rage on a bunch of baseballs, explaining to Jo why Helen’s recovery now, when no one needed her anymore, was so infuriating, his portrayer gave the kind of real, raw performance that could only be described as a home run. 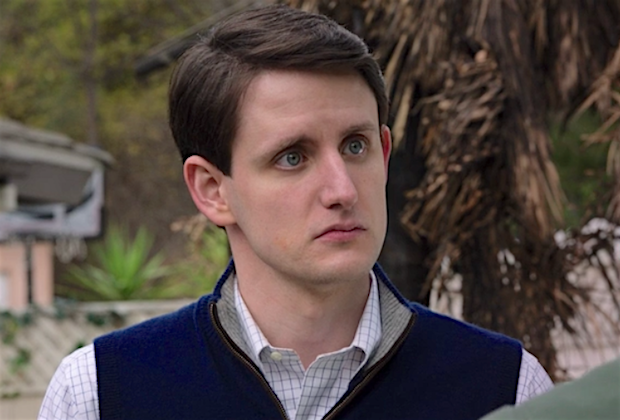 HONORABLE MENTION | If you made a list of TV characters most likely to fall in love with a robot, Silicon Valley‘s Jared — played masterfully as always by Zach Woods — would rank right at the top, wouldn’t he? The hopelessly dorky COO found a new soulmate this week in the decommissioned android Fiona during an all-night chat over a bottle of rosé. Woods nimbly walked a fine line between sweet and creepy as Jared gushed to Richard in giddy detail about sharing his deepest fears with the bot. (“I told her I was afraid of being found out as a fraud, and she told me that she’s afraid of magnets.”) Then when Fiona was brutally dismantled in front of Jared’s eyes, Woods’ silent shock served as a devastating (and hilarious) punchline. We do wish Jared and Fiona could have lived happily ever after, though; after making us laugh so hard this week, Woods deserves it.