We’ve got questions, and you’ve (maybe) got answers! With another week of TV gone by, we’re lobbing queries left and right about shows including Agents of S.H.I.E.L.D., Chicago Med, New Girl and Arrow! 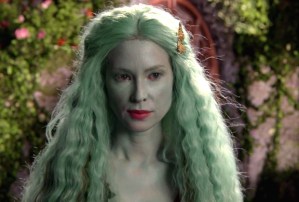 1 | Did Once Upon a Time‘s tree nymph Gothel give anyone Defiance/Stahma vibes? Also, studying Henry’s “murder board”: Are we the last ones to realize the JaCINDa/CINDerella wordplay? (We are, aren’t we! Sigh.)

2 | Did the Agents of S.H.I.E.L.D. debating Yo-Yo’s murder of Ruby sadly remind you of Arrow‘s OTA/NTA squabbles?

3 | In the Homeland finale, why did Carrie wait so long to remove that telltale red scarf while she was fleeing the Russians? And why did Saul wait so long (seven months!) to get Carrie back, leaving her to slowly go mad in a Russian prison? 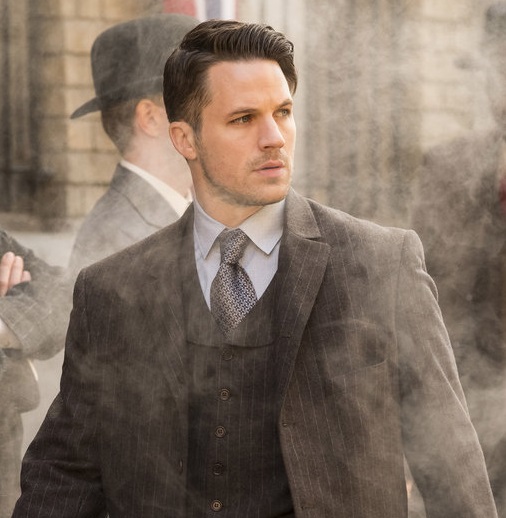 4 | Is Timeless‘ Wyatt is still using too much hair product when visiting the past? And did “Mrs. Sherlock Holmes” remind you of The West Wing‘s Young Mrs. Landingham with her rigidness and speaking style?

5 | Westworld‘s Jimmi Simpsons really went all-in on the Ed Harris emulation toward the end of this week’s episode, didn’t he?

6 | Did Lucifer possibly serve up a TV-procedural first for a murder motive — the guy’s husband was too fixated on their show dog?

7 | Why did The Resident‘s Nic not only accept the “free bag of groceries” from that creepy stalker/hitman, but then take them with her into her house? Also, is this whole conspiracy subplot giving Emily VanCamp Revenge flashbacks?

8 | On Kevin Can Wait, where did Kevin get $80,000 to help Kendra and Chale buy Enzo’s? Are we to assume that’s what was left from — gulp! — Donna’s life insurance policy?

9 | Why is ABC using Kesha’s “Woman” in promos for The Bachelorette, when it features an expletive that gets awkwardly edited out every time? 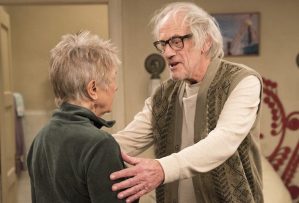 10 | Why would Roseanne cast Emmy winner Christopher Lloyd to play Bev’s boyfriend, and then only give him a couple of lines?

11 | To echo a TVLine reader: Isn’t The Flash‘s DeVoe using an awful lot of tech, considering he thinks technology is ruining the world? Also, once this is all over, can we please keep Marlize?

12 | Why would New Girl bring back Jess’ ex-boyfriends to attend… Furguson’s funeral? And how much are we expected to believe Nick made off The Pepperwood Chronicles, given he was able to loan Coach $71,000?

13 | Did you ID Chicago Med‘s shooter wayyyy before Dr. Charles did?

14 | How did The Handmaid’s Tale‘s June, who has no money, board the train? (Is free commuter transit the one upside of living in Gilead?)

15 | Why does Riverdale‘s Betty never wear gloves while snooping, moving dead bodies, etc.? (Come on!) And on what planet does Veronica think she’d be able to open a casino, even in small-town Riverdale, for a mere million dollars?

16 | Was it almost comical how quickly/easily Designated Survivor‘s Mike and Chuck solved the ambassador’s murder? (And that it all linked back to a dispute over an oak tree?) On the flip side, how brilliant was the fake firing of Hannah/misleading us about whose home she broke into? 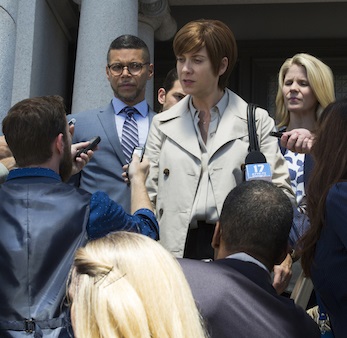 17 | When 13 Reasons Why‘s Mrs. Baker (played by an unrecognizable Kate Walsh) went to the salon for her Season 2 haircut, was she just like, “Give me the Kristen Wiig!”?

18 | Does TBS think cutting Conan back to 30 minutes is going to catapult it back into the zeitgeist? Wouldn’t money be better spent expanding the far-buzzier Conan Without Borders specials into a semi-regular series?

19 | If Grey’s Anatomy was really, truly going to kill off April, they wouldn’t have all but said so in the promo for next week’s penultimate episode, right? Right?!

21 | As nifty as Arrow‘s Tommy twist was, wasn’t it a bit too similar to how The Flash got Barry exonerated, by crashing his own trial with a lookalike?

22 | Did Quantico‘s Alex have the prettiest case of tuberculosis you’ve ever seen? 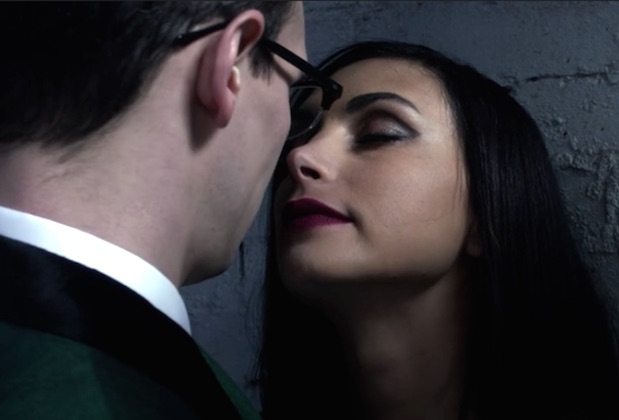 24 | Even if she wanted to, how can Mom‘s Christy decide to move out? Doesn’t she still need a bedroom for Roscoe (who presumably comes to stay with her, despite not having made a single appearance this season)?