It’s May sweeps, so you know what that means, Supernatural fans? It’s that time of year when one of the brothers is dying. And even though we’ve been down this road before many times, it still hurts. 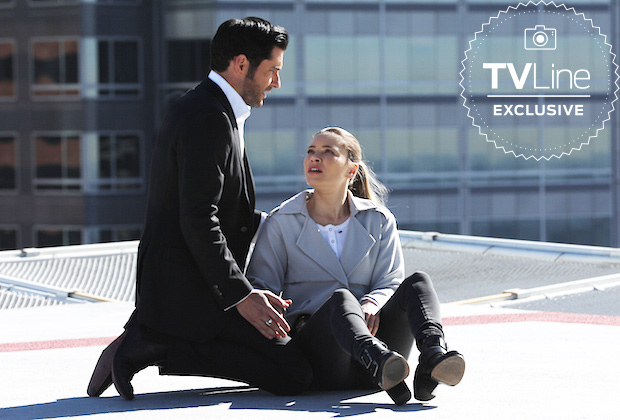 The beginning of the end kicks off when Dean, Sam, Castiel and Rowena discover that Gabriel is running low on archangel grace, causing the rift opening to fizzle out. Much as they hate to admit it, they need Lucifer. Sam is vehemently against the idea of teaming with the devil again, but Cas points out that Lucifer is already out there because of them, and they’re just avoiding dealing with him. So Sam decides to make the best out of a bad situation and comes up with a plan: Gabriel uses one of his tricks to fool a melancholy Lucifer, while Rowena binds his hands with a spell. Then instead of taking just some of his grace, they continually drain him, to keep the rift open for more than just 24 hours.

While Rowena stays behind to keep an eye on Lucifer, the boys awkwardly stumble into apocalypse world — Gabriel, literally, lands with his face in Cas’ crotch — and set off to rescue Mary and Jack. Along the way, they cross paths with a young man and woman who were also traveling to Mary and Jack’s rebellion camp in Dayton. However, they turned back around after a nest of wild vamps took out most of their party. But the bloodsuckers’ tunnel is the fastest way to Dayton, and the Winchesters have faced much worse, so off they go right through the hornet’s nest. And that’s how Sam ends up getting killed and dragged away by vampires, while calling out his brother’s name, as Dean looks on in horror.

When Dean tries to go after Sammy’s body, Cas declares, “He’s gone. We don’t have time. Dean, we can’t save him.” With a broken heart, the elder Winchester and the rest of the group continue on to Dayton, where they’re greeted by Mary. “Where’s Sam?” she asks as Jensen Ackles lets loose with the Single Perfect Tear. 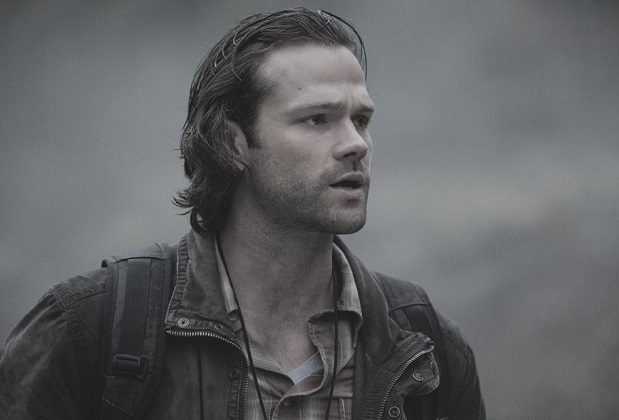 Thankfully, this death is super short-lived. Just moments later, Sam is resurrected — the man truly has nine lives, doesn’t he? — by Lucifer, who was accidentally thrown into apocalypse world during a scuffle with Rowena. Lucifer wants a relationship with his son, so he plans to bring the hunter to Jack as a gift. Given how opposed Sam was to working with Lucifer earlier in the episode, it’s no surprise that he is reluctant to go along with the scheme. But his only other option is death by vamps — again. So a conflicted Sam walks into the camp, much to Dean’s shock, with Lucifer trailing behind him.

* Rowena and Gabriel get it on!

* Castiel mentions to Gabriel that Heaven is in trouble, and that he may be just the archangel to fix it.

* Lucifer taunts Rowena about how he killed her, but she gives it right back. The witch tells Lucifer that Jack will be so glad to see his three fathers — Dean, Sam and Cas — and that he means nothing to the boy.

* Mark Pellegrino’s delivery is a delight. One of my fave lines: “Look at this, all the people I love to torture in the same room.” And: “I want what everyone wants. I want a personal apology from Pop. I want rerun-free, year-round episodes of Drag Race.”

Supernatural fans, what did you think of Sam’s latest death? Hit the comments with your thoughts!