New photos from Netflix’s 13 Reasons Why seem to back up the sense we got from the recently released teaser: Season 2 is going to be a doozy. 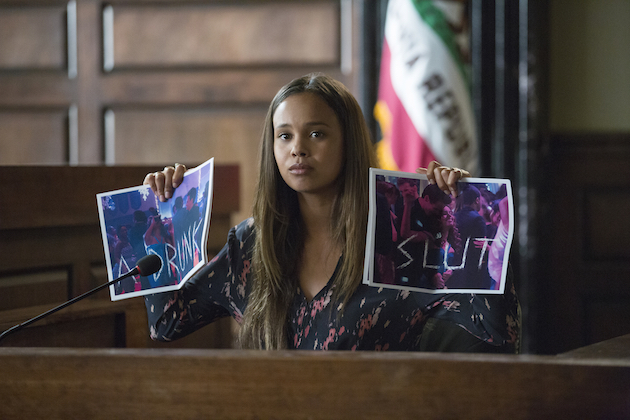 In addition to our first look at the trial — the goal of which is to expose the real reason behind Hannah Baker’s suicide in Season 1 — these new photos reveal all sorts of drama (Mr. Porter vs. Bryce!) and heartbreak (poor Tony’s windshield!) to come in the show’s sophomore outing, which drops in its entirety on Friday, May 18.

And can we all take the rest of the day off to discuss that short new ‘do Hannah’s mom (Kate Walsh) is rocking on the steps of the courthouse? (Surely, I’m not the only person who — even for a second — wondered, “Hey, when did Kristen Wiig join this show?”)

As previously revealed, the second season of Netflix’s controversial teen drama will introduce a “sickening secret” that Clay and his fellow classmates begin to unravel after receiving a series of “ominous polaroids.” (First cassette tapes, and now polaroids? This show sure does love a throwback.)