Wednesday’s Code Black premiere brought about more changes in the hospital ranks, including two new residents and one significant absence.

Season 3 opens with “Mama” introducing himself to the first-year residents, per tradition. They include Diego Avila (Scream‘s Tyler Perez), whose wealthy father pulled strings to get him the position, and Pepper Russo (Nashville‘s Chaley Rose), who has the worst first day ever. While Diego is busy filming everything for his documentary about Angels Memorial, Pepper — who puked during an earlier trauma — accidentally inhales fentanyl and passes out. As Leanne and the other doctors work to save her life, we learn that Pepper had throat cancer as a child. Things look pretty dicey when Pepper stops breathing, but she eventually comes through. Meanwhile, her fellow first-year almost kills a patient when he gives him medicine to which he’s allergic. 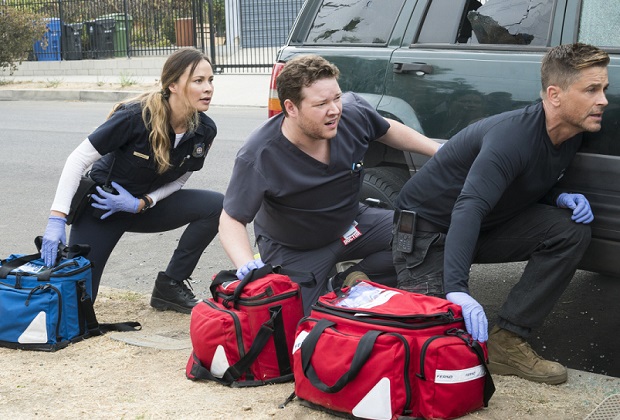 As for the returning docs, Willis trades the hospital walls for field duty with paramedic Roxanne (new series regular Moon Bloodgood), who seems both annoyed and impressed by her ride-along partner. Willis is able to bring his battlefield skills to the job, zip-tying a wound during a shoot-out, but also takes the kind of risks that worry Rox. “I don’t have a death wish,” she tells him, adding that she doesn’t think that this team-up is going to work. However, she later has a change of heart after she witnesses him comfort Elliot, who lost a patient. “There’s nothing simple about you,” she says to Willis.

Angus, too, is looking at a career change when Dr. Campbell pulls him into the O.R. After the procedure, Angus calls Campbell “an ass” and “tyrannical” (but also brilliant), not knowing that the surgeon is in the nearby bathroom stall, of course. Despite that, Campbell still offers him an O.R. residency position, which Angus accepts.

* Mario and Noa disagree over a diagnosis, their relationship bleeding into their work. When their patient almost dies in the process, Dr. Guthrie gives them a talking-to and advises them to separate their professional and personal lives, or they’re going to lose both. 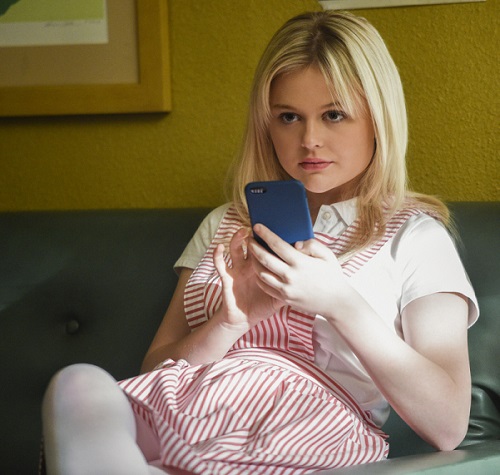 * Leanne is in the midst of the adoption process with Ariel, who was suspended from school. Now the teen must work as a candy striper at the hospital, under Jesse’s charge. “You look like a barbershop sign,” he says, to which she replies, “You look like Hagrid in scrubs.”

* Just as there was no mention of what happened to Christa (Bonnie Somerville) and Neal (Raza Jaffrey) last season, the exit of resident Malaya (ex-series regular Melanie Chandra) isn’t referenced in the episode.

What did you think of the season opener? Grade it via the poll below, then hit the comments to back up your pick.