Family Guy has a well-documented history of skirting around issues like “time” and “space,” but Sunday’s installment (Fox, 9/8c) takes that concept to a whole new level.

The episode, titled “Family Guy Through the Years,” imagines that the show — which, as we know it, began in 1999 — has actually been on for more than a half-century. To prove it, we’ll see segments from episodes at various points in Family Guy‘s incredible history.

“We just breeze by our claim that Family Guy is the longest-running show in history, now entering its sixth decade,” executive producer Rich Appel tells TVLine. “So Peter’s at the Museum of Television and Broadcasting, and he introduces episodes from the vault: one from the ’50s, ’60s and ’70s. The music, the colors and the animation style reflects the decade and the kinds of shows that were on in those decades. One is a little Archie Bunker-esque; Chris doesn’t want to enlist in the Vietnam War. There’s also one in the ’50s where Lois is going to get a job and Peter puts his foot down.”

TVLine has an exclusive first look at several of those segments, revealing Brian’s past as a hippie (shocker!), Meg’s never-ending parade of unflattering hairstyles (again, duh!) and much more.

Scroll down for more sneak peeks of Family Guy from “decades” past, then drop a comment with your thoughts below. 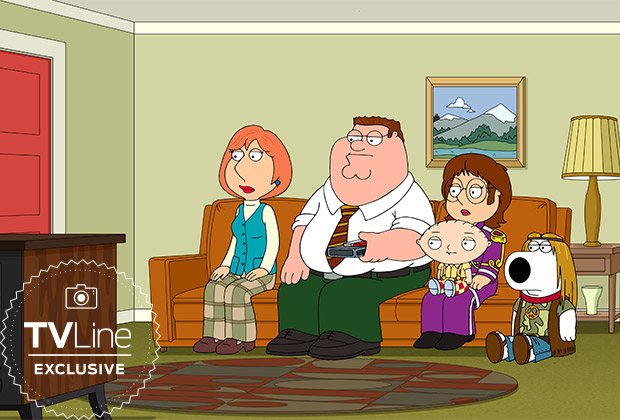 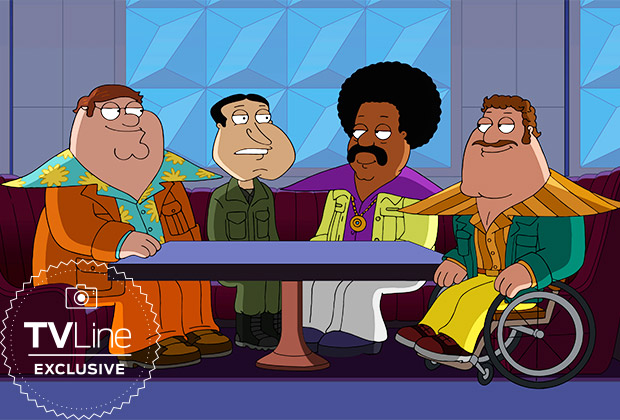 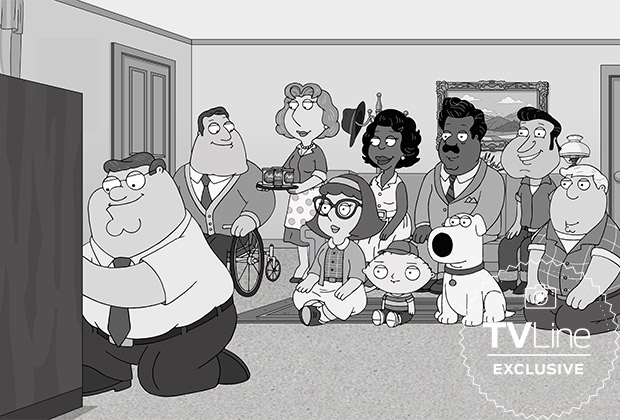