Wednesday’s Night 3 of The Voice’s Season 14 Live Playoffs was the end of the line for a dozen contestants. Not only did Team Kelly and Team Adam again sing for their lives, but the results of both Tuesday and Wednesday’s voting were revealed, and all four coaches had to play favorites, choosing one last singer to advance to the Top 12. For Alicia, this promised to be especially difficult; if TVLine’s Tuesday poll proved to be an accurate predictor of the overall voting, Jackie Foster was going to be moving on, leaving her coach with a Sophie’s choice between Terrence Cunningham, Kelsea Johnson and Christiana Danielle. Of the trio, my money was on Kelsea to get the Save. But was I right? (Wait, am I ever right?) Read on. We’ll review Team Kelly and Team Adam’s performances, see if Dylan Hartigan could improve upon his Monday-night F, and find out. 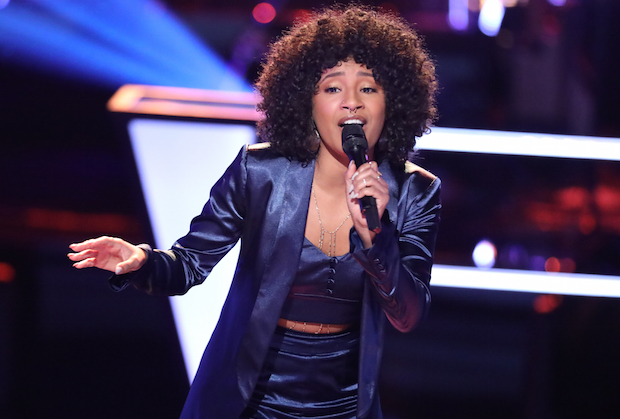 Kaleb Lee, “Die a Happy Man” — Grade: C+ | I’d expected Kaleb to absolutely kill with his storyteller ballad Monday, and instead, he at most, er, maimed. Wednesday, he needed to turn up the volume like a less scruffy Pryor Baird or turn it down like Red Marlow in a tender moment. Kaleb took the latter approach, going with a Thomas Rhett cover. And he was fine but just fine. That performance wasn’t going to knock anybody’s Stetson off.

Alexa Cappelli, “Stop and Stare” — Grade: D | Besides the fact that Alexa occasionally mangles melodies, she just doesn’t make the biggest impression, certainly not on a team that has Brynn Cartelli on it. Here, she had enough pitch issues to suggest that she had a full-on subscription. By the halfway point, it seemed like she was about to cry, and honest to God, I couldn’t tell if it was because the song had made her emotional or because she knew she’d done so poorly that this would be her swan song. 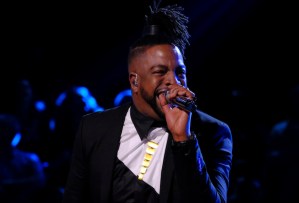 D.R. King, “All On My Mind” — Grade: B | When D.R. gets going, there’s so much intensity to his voice that you’d think it could take him all the way to the finals. Only, in spite of his powerful pipes, he never really connects — with me, anyway. He made a bigger impression than usual with his Wednesday redo by taking us to the bedroom, but by the time he was done, I felt like it had been a one-night stand that I was trying to convince myself had been a great love affair. Fun but ultimately unsatisfying.

Dylan Hartigan, “Mary Jane’s Last Dance” — Grade: D+ | After Dylan’s Monday nightmare, there was nowhere for him to go but up. So his performance Wednesday was an improvement, but I didn’t think — OK, I hoped it wasn’t — enough of one to keep him in the competition. Maybe he can capitalize on his looks and get cast on a CW show — a hot mental patient perhaps (so the straitjacket can contain his boy-band gesticulations).

Tish Haynes Keys, “At Last” — Grade: C | The key, as it were, for Tish seems to me to be control. She has a humongous voice, but if she lets go of the reins, it drives her instead of the other way around. On her Etta James cover, she was pitch-imperfect throughout the verse and only really came alive on the big notes — and there weren’t enough of those to make this performance any better than average. Also, don’t — just don’t — do this class unless you can do it justice. 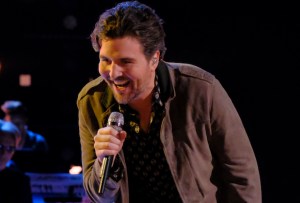 Reid Umstattd, “Long Cool Woman (In a Black Dress)” — Grade: B | After Reid’s forgettable cover of U2’s “I Still Haven’t Found What I’m Looking For” Monday, I figured he was all but toast in this competition and I’d wasted my time learning how to spell his impossible surname. His take on the Hollies was far better, though. Was it exciting enough to keep him in the competition? I doubted it. But that was pretty enjoyable.

Jackie Verna, “Once” — Grade: C+ | I like Jackie; there’s an appealing gentleness to her. But going into Wednesday’s do-or-die Playoffs, I didn’t think that even staying in the country lane as a way for her coach to compete with Blake was going to keep her in the competition. She sounded like she was straining for much of the song and at one point sounded like she was more than straining, she’d pulled something. Not awful but not entirely pleasant-sounding, either.

Drew Cole, “Wild Horses” — Grade: C | Sex sells, and since there’s so much of it in Drew’s voice in his better performances, I thought he’d been wise to choose a Rolling Stones song that was so full of yearning. Unfortunately, if this performance was like sex, it was awkward, mediocre sex. And I could have sworn that at one point he sang “wild horseys” instead of “wild horses.”

Mia Boostrom, “Either Way” — Grade: D | I dug what Mia did on Night 1 of the Playoffs but not nearly as much as I had her flawless Knockouts performance. So I hoped she’d go back and do something jazzy again (as well as do what I’m always yelling at people on the highway to, and pick a lane already). And? Her number started off bare and intimate, and she was doing pretty well. Then came the big notes, and oh my God! She was pitchy as hell and just shouting like she was ticked off at the mic. WTH? 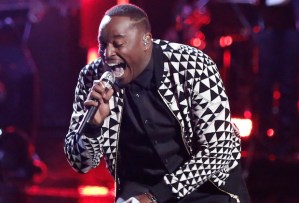 Rayshun LaMarr, “I’m Going Down” — Grade: A | Rayshun’s Knockouts rendition of “Fallin'” told us loud and clear that the guy has in him showstoppers. And if he was to have a snowball’s chance of advancing — he received less than a percentage point in TVLine’s poll Monday — he was gonna need to tee another one up Wednesday. I thought he totally did it — his performance was off. The. Chain. Even if the rest of his team hadn’t been mediocre at best, he would have been head and shoulders better than any of ’em tonight. Hell, he was better than anyone on Team Kelly, too.

Did any of the cuts surprise you? Anyone you’d have saved that the coaches didn’t? (Kelsea!) Whose performance made you contemplate a standing O in the living room? (Rayshun!) Vote in the poll below, then hit the comments.