It was first announced more than two years ago that Netflix had committed to Maniac, a dark comedy starring Emma Stone and Jonah Hill. Now, the streaming service is finally offering a first glimpse at the long-awaited series. 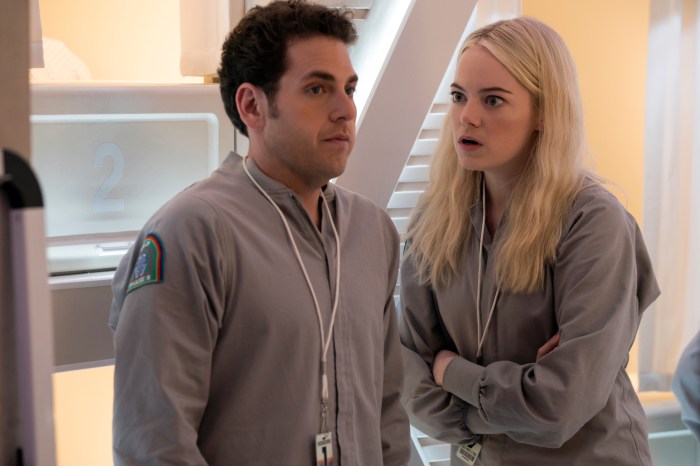 The 10-episode comedy, adapted from a Norwegian series of the same name, stars the onetime Superbad castmates as “two strangers who find themselves caught up in a mind-bending pharmaceutical trial gone awry,” according to the official logline. Sally Field (Brothers and Sisters), Justin Theroux (The Leftovers), Jemima Kirke (Girls), Julia Garner (The Americans) and Sonoya Mizuno (Ex Machina) co-star.

Patrick Somerville (The Leftovers) wrote all 10 episodes, which were directed by Cary Fukunaga (True Detective Season 1). Fukunaga also serves as an EP, alongside Stone and Hill.

Maniac is expected to premiere later this year. In the meantime, peruse the attached gallery to see the first photos, then hit the comments and tell us if you’re looking forward to this one.