Eagle-eyed fans of TV’s original Lost in Space series were invited to find a 5-foot-7 Easter egg in the Netflix reboot’s premiere episode.

The new Lost in Space, which premiered all 10 episodes this Friday, stars Molly Parker (Deadwood) and Toby Stephens (Black Sails) as Maureen and John Robinson, who along with kids Judy, Penny and Will, get stranded on a strange world while en route to colonize a planet near Alpha Centauri. But they are not the only castaways; there is also a “Dr. Smith,” played by Parker Posey. 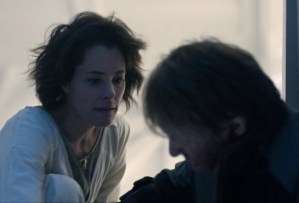 We put Dr. Smith in quotes above because Posey’s character is actually a poser, we discover in the first episode’s closing moments. June, as her true name will be revealed to be in Episode 3, was being held in some sort of room aboard the Resolute space station when a robot-like alien infiltrated and launched a brutal attack. June saw the real “Dr. Z Smith” (as identified by his uniform sleeve) slumped on a floor, wounded. She pretended to be helping him when in actuality she was making off with his jacket, which afforded her access to/escape via a Jupiter spaceship, as the Resolute succumbed to the alien attack. 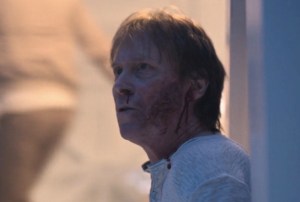 Playing the real Dr. Smith — SPOILER ALERT!!! — was Bill Mumy, who on the original 1960s series of course filled the key role of young Will Robinson (and since then has guested on television programs such as Star Trek: Deep Space Nine and enjoyed a robust run on Babylon 5). So, I guess you could say, Mumy has been “lost in space” yet again!

Had you heard that Mumy would make a cameo in the reboot? And regardless, did you spot him during that brief-yet-pivotal scene?