A.P. Bio‘s Jean Villepique just might be a showbiz unicorn: Though she’s been acting for more than a decade, the comedic actress has yet to encounter even a slightly nightmarish situation on set. (Editor’s note: As someone who’s done a lot of interviews for this type of story, I feel qualified to say that Villepique’s experience is not the norm.)

Memories From the Set: Jean Villepique 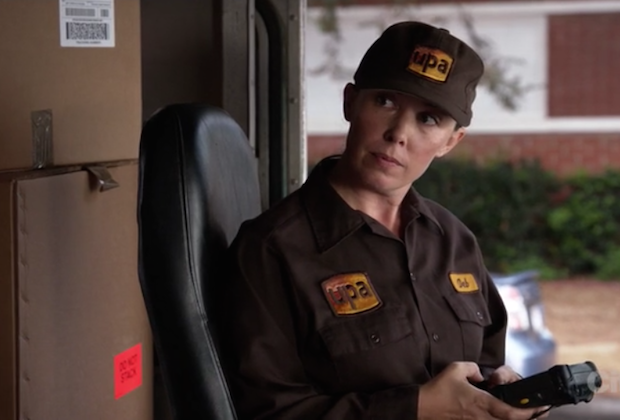 “I really like the shows I’ve been on, and that’s not always the case for some actors. So I’m really grateful for that,” she says. “I’ve heard friends who are like, ‘I went on the set that day. Nobody spoke with me.’ It’s so weird where that can happen, where you can show up, nobody will even make eye contact with you. And you stand on your mark and suddenly start the scene, and they’re completely engaged. Then it’s over, and they walk away. Like, what are we doing here?”

Villepique says her current gig, NBC’s A.P. Bio (Thursdays at 8:30/7:30c), fits her established pattern, as well. “The first week or two that I was there, I was like, ‘This can’t be this easy,'” she says, laughing. “Like, ‘Some drama is going to find its way in, or some weirdness.’ But it was truly the best.”

Her character, Michelle, is a party girl/high school teacher who spends what seems like the majority of her workday in the break room with her co-worker besties Mary and Stef, played by Mary Sohn and Lyric Lewis, respectively. Villepique says the actresses’ friendship extends beyond the show. “We’re just a trio. We get ready at the same time in hair and makeup and just clown around in there. Then we go to set, and we make fun of each other or take weird selfies or make dumb Boomerangs. Then we shoot the scene.”

She adds: “We are legitimately friends outside of work. I’ve never had this kind of situation before.” Still, it’s not all guffaws and fun gossip. “I think the hardest element of the job is when we have a party scene,” she deadpans. “We have to wear heels for a long time.”

At TVLine’s request, Villepique — who’ll soon appear in HBO’s Sharp Objects — reminisced about some of her past TV roles, including Tracy Jordan’s therapist on 30 Rock, David Wallace’s wife on The Office and Mike McLintock’s adversary in Veep. Click on the gallery above (or visit it directly here) to hear what she had to say.