RuPaul had some difficult news for the remaining queens to swallow atop Thursday’s Drag Race: “Climate change is real, the ice caps are melting and the world is coming to an end.” The good news? “We’re throwing a ball!”

“I think most of the girls are very surprised to see a ball dropping so early in the competition,” Aquaria noted without a hint of irony.

Speaking of surprises, can Comedy Central please enlist Monet X Change for an episode of Drunk History? Her explanation of why British people have accents (“Evolution, bitch!”) was in-cre-di-ble.

Because “America’s next drag superstar always knows how to steal the spotlight,” Ru tasked the queens with inserting themselves into pictures of celebrities — using state-of-the-art technology, of course — and the queen with the “most memorable” shot would win.

I don’t often disagree with Ru, but I wouldn’t have awarded Aquaria the top prize for her Kimye pooper scooper shot. In my heart, it was all about Monique Heart cupping Nick Jonas’ bulge:

But hey, do I have three dance songs on iTunes under RuPaul? No.

This week’s main event required the queens to serve three lerks: Alaskan Winter Realness, Miami Summer Realness and Martian Eleganza Extravaganza, the last of which gave them the most trouble.

In fact, this entire challenge proved difficult for the queens, many of whom relied on Asia O’Hara (aka “Black Martha Stewart” or simply “Blartha”) for support. Asia, who works as a seamstress and has even hemmed a skirt for the likes of Dolly mother-tucking Parton, was more than happy to lend a helping hand to her fellow queens — even if it cost her the competition, which it almost did.

There was relatively little drama in the workroom this week, though Blair St. Clair couldn’t help herself from shading Aquaria’s non-garment. Of course, this judgment call proved pointless because (spoiler alert!) Aquaria ended up winning both challenges this week. Behold her first-place looks below: 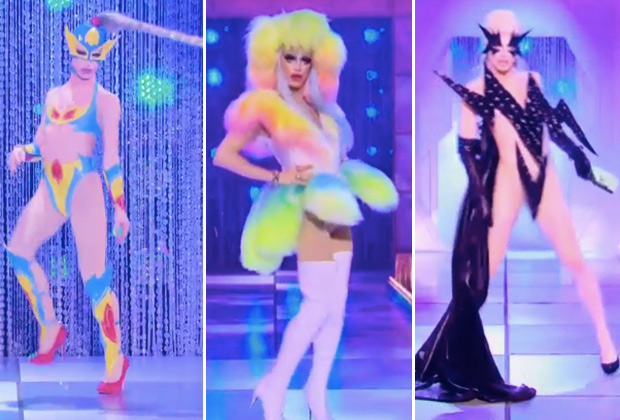 And while she may not have won, I think Kameron Michaels’ looks also deserve a round of applause: 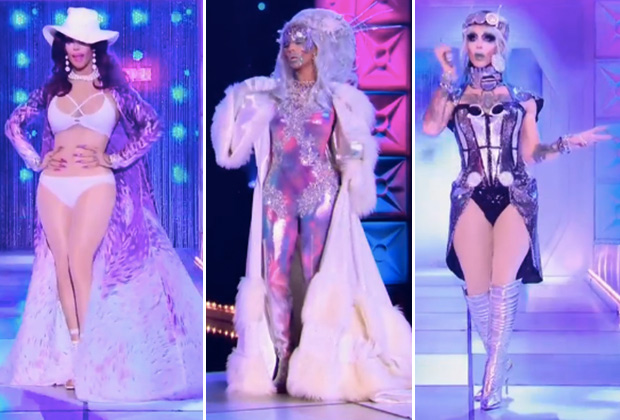 I also kind of loved Blair’s Martian look, if only because it gave me major Jem vibes. Truly outrageous:

As for poor Blartha, when the judges criticized her “basic” looks, she told them (through tears) that she didn’t have a lot of time to focus on her own looks because she was so busy helping “everybody” else. I feel bad for even asking this, because I do love Asia, but by blaming her lame-ass looks on her good deeds, what was the point of helping in the first place? It smelled a little disingenuous.

With Asia mercifully sent to safety, Dusty Ray Bottoms and and Monet were left to face off in the key of Nicki Minaj — and s–t got real. Between Dusty’s wacky convulsions and Monet’s full-body work (that split!), this was easily the most intense lip sync in recent memory. (I also haven’t seen anyone bust out the running man in a minute.)

“For the ladies watching from the back,” Ru announced, “that is what we call a lip sync for your life.” It clearly wasn’t an easy decision, but Ru ultimately chose to send ol’ Dusty sashaying away: “Dusty Ray Bottoms, you’ll always be tops with me.”

Your thoughts on Dusty’s elimination? Drop ’em in a comment below.