About a year-and-a-half after the demise of Sex & Drugs & Rock & Roll, Denis Leary is getting a memorable new project underway.

USA Network has ordered a pilot of Erase, the Rescue Me co-creator’s new potential series, the network announced Thursday. Leary also is slated to star in the crime thriller, which will have darkly comedic undertones.

Erase follows Donal O’Neal, a corrupt former police officer who decides he’s going to go clean and bring down his dirty superior officers. But he starts having trouble doing so when his photographic memory, which is his biggest advantage in the undertaking, becomes compromised by the symptoms of early-onset Alzheimer’s Disease. 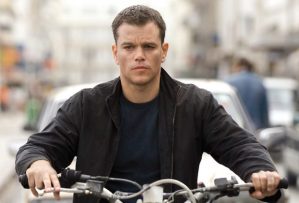 In addition, USA Network also ordered pilots for Treadstone, a Tim Kring (Heroes) drama set in the Jason Bourne universe and following CIA sleeper agents; Dare Me, a coming-of-age tale based on Megan Abbot’s novel of the same name and set against the backdrop of cheerleading in a small town; and Briarpatch, a crime thriller/mystery based on the Ross Thomas novel of the same name.