This week on ABC’s Once Upon a Time, Henry’s move to the Big Apple encounters multiple detours, while Alice and Robin’s cursed personas also eye a move — in the direction of romance.

MOVING DAZE | “Breadcrumbs” (airing Friday at 8/7c) “is going to be a big episode for Henry,” Andrew J. West shared with TVLine during our visit to the set, where he was filming the series finale. “He gets a very exciting job offer that has to do with H-Town, the podcast he’s working on.” And said opportunity would take him far, far away from Seattle, to New York City.

Cue fate…? “Some crazy stuff happens in Henry’s personal life, involving Jacinda and Lucy as well, that will have ramifications for the potential of this new job offer,” West previews. “Henry is going to have a big choice in front of him as far as which route he wants to take.” As an added rumple, er, wrinkle, “We’ll see Weaver come back into [grandson] Henry’s life, when he needs his help with something.”

Henry is quite busy in flashbacks, as well, as blanks get filled in on his and Cinderella’s love story. “We’ll see some of the things that Henry does during the courting phase,” West shares. “It kind of deals with Henry’s personal struggle and feeling that maybe he doesn’t quite ‘measure up’ for Cinderella, that maybe he’s not worthy of her, so he goes on a journey to find that worthiness in himself to work up the courage to profess his love to her and get that relationship going. 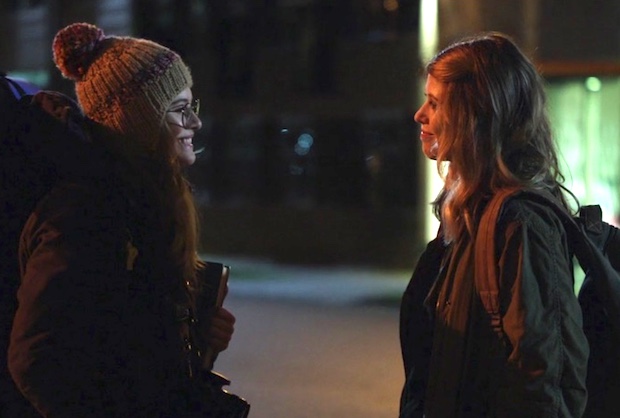 Coming off of their first meeting, where Tilly was grappling with her status as a murder suspect, “This time I’m the one in need of some advice,” says Tiera Skovbye, referring to Margot’s reunion with her mother Kelly (aka Zelena). After some three years apart, “I’ve come back to try to rebuild our relationship, but I can tell she’s hiding some things from me — obviously! And that’s frustrating. I’m like, ‘You need to tell me whats going on!'”

Upon bonding over a mother and, well, murder (“Slightly different issues!” laughs Skovbye), Reynolds says that the girls will “go on a series of dates in Hyperion Heights, which is nice.”

Shares Skovbye, whose Margot makes the first move: “I take her to some of my favorite places, and she takes me to some of hers…. It’s really sweet, and kind of awkward, and so cute!” Reynolds concurs, smiling, “It’s really cute.”