We’ve got questions, and you’ve (maybe) got answers! With another week of TV gone by, we’re lobbing queries left and right about shows including Silicon Valley, The Good Doctor, Empire and Supernatural!

1 | Was Agents of S.H.I.E.L.D. suggesting that Jemma is already pregnant with Deke’s mother, by having her hurl upon learning he’s her grandson?

2 | On Homeland, we get that Carrie is in one of her “bad mom” spirals, but wasn’t it straining credibility that she would bring daughter Frannie into the home of a dangerous Russian spy?

3 | Was Silicon Valley not-so-subtly shading embattled former cast member TJ Miller when Jian Yang referred to the “deceased” Erlich as “a fat white cadaver”? And did you catch the dig at Facebook in the opening title sequence?

4 | How shameless was it of AMC to list The Walking Dead as two hours as a means to dupe viewers into sticking around to sample/accidentally DVR The Terror?

5 | Who at Madam Secretary do we have to bribe to see Kate Burton show up as Henry’s sister Maureen on a more regular basis?

6 | Between Timelesss‘ Rufus posing as him and being quoted on Black Lightning, did Langston Hughes just have his best posthumous week ever? 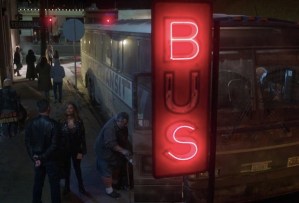 7 | On Lucifer, was this glitchy neon sign offering commentary on Pierce’s team-up proposal to Maze?

8 | How bad are the oncologists on The Good Doctor that not one, not two, but three different MDs would misdiagnosis Glassman with terminal brain cancer, only to discover after a biopsy that it wasn’t so dire after all?

9 | UnREAL viewers: Is Madison’s evolution over the course of the series as captivating — dare we say more captivating — than Rachel’s? 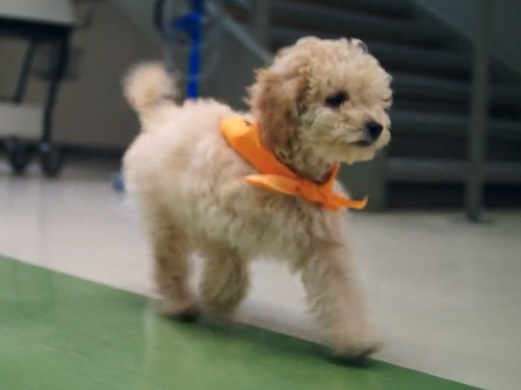 10 | Anybody else get a strong urge to adopt a puppy after this week’s The Resident?

11 | Can you remember the last time a late-night interview made you as uncomfortable as Stephen Colbert’s chat with an Ambien-riddled, chain-smoking Sean Penn?

12 | Does Today really think that the viewer overlap between the 8 and 9 am hours is so small that they can interview the same two guests (in Tuesday’s case, This Is Us‘ Chrissy Metz and Rescue Me‘s Tatum O’Neal) twice — each! — in the space of two hours?

13 | We sorta hate to go there, but… when Black Lightning and Thunder team up, is there an almost inappropriate crackle between them? 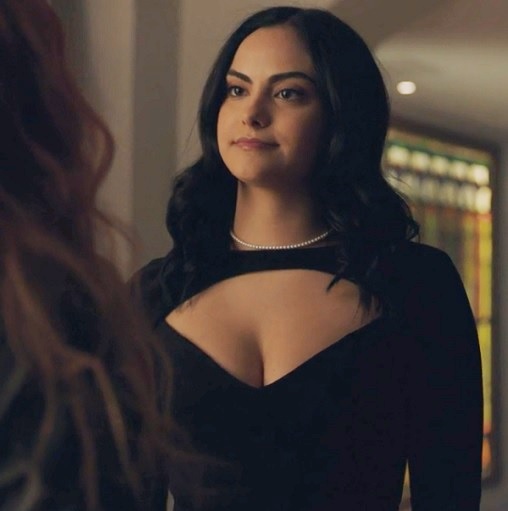 14 | Shouldn’t Riverdale‘s Sisters of Quiet Mercy have a better security set-up to prevent escapes like Cheryl’s? And what was with the ridiculously impractical outfit — featuring the biggest keyhole cutout ever — that Veronica chose to wear for the rescue mission?

15 | On Empire, were you surprised that a bigger deal wasn’t made of the fact that Jamal killed Angelo? Yes, Jamal was depressed about it, but what about the rest of the DuBois clan?

16 | Could more shows use a hook-up/murder board like The Magicians‘, detailing who’s slept with and or killed whom?

17 | How much is it killing Grey’s Anatomy fans that, week after week since Sarah Drew’s firing was announced, she’s been absolutely slaying it in April’s crisis-of-faith storyline?

18 | As delightful as Supernatural‘s crossover with Scooby-Doo was, how was there not one mention of Scooby Snacks? And did the episode nail Sam’s animated look, yet miss the mark with Dean? 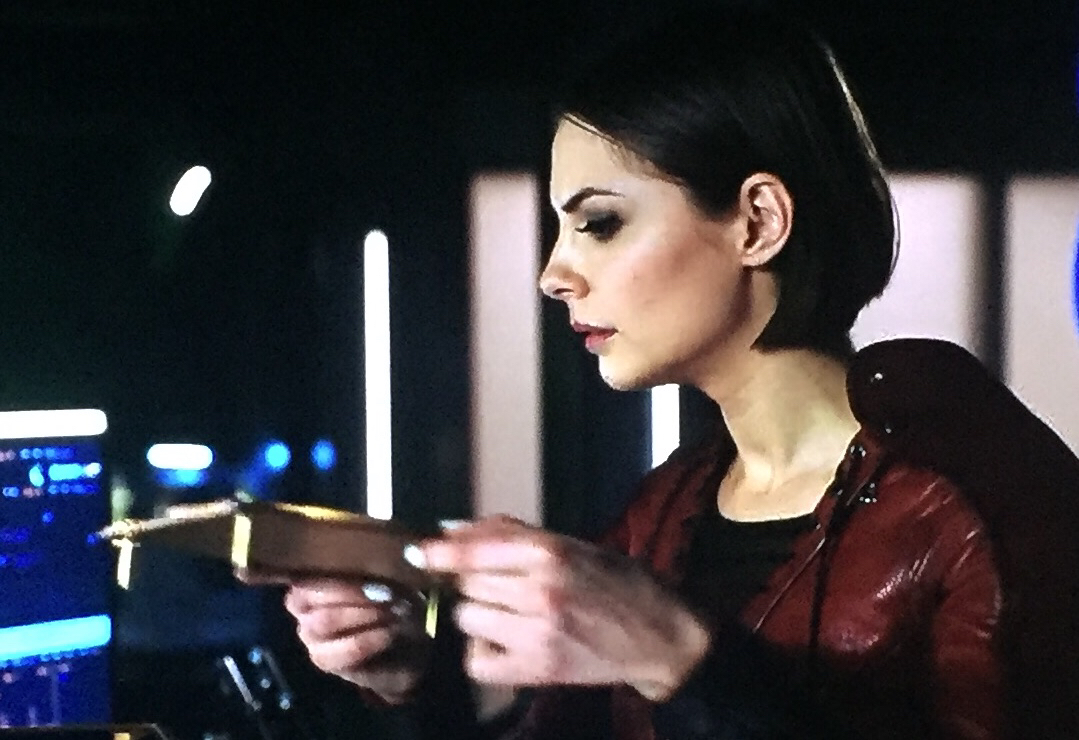 19 | Could Arrow have at least faked some sort of gears-based mechanism on the underside of the “Hellraiser cube” lid that had just been opened quite mechanically?

20 | Was it kinda funny that both Gotham and Arrow had Demon’s Head/League of [Whatever]-centric episodes airing back-to-back this week?

21 | We know The Big Bang Theory‘s Penny isn’t the sharpest tool in the shed, but even she had to know the risk she was taking showing Bill Gates’ hotel location to Microsoft fanboy Leonard, right? 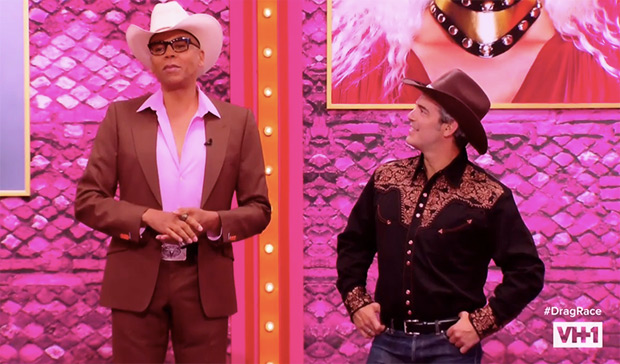 22 | Which Andy Cohen cameo was more random: Last week’s visit to Riverdale, where he endorsed Hermione Lodge for mayor, or this week’s appearance on RuPaul’s Drag Race, where he judged a country-themed competition? (And is RuPaul just that tall, or…?)