Empire resumed Season 4 on Wednesday with an episode that largely served as the grand finale of Demi Moore’s nurse wretched arc. After kidnaping ex-patient Lucious and holding him hostage in a (literal) cabin in the woods, Claudia’s reign of terror came to a crashing halt shortly after Cookie arrived on the scene to save the day. It was Lucious who ultimately neutralized his unhinged stalker, but the artist formerly known as Dwight stopped short of actually killing her.

Elsewhere in the action-packed hour, Becky revealed that she is pregnant with J Poppa’s kid, Jamal suffered an emotional meltdown in the wake of killing Angelo, and Andre came to the realization that he needs to come clean to Lucious about his role in last May’s car bombing.

TVLINE | Considering you directed last season’s baseball bat blowout between Cookie and Lucious, I have to ask: Are you Empire‘s go-to director for spectacularly violent episodes involving these two?
Let us call it explosive. [Laughs] I don’t know if I want my name to be synonymous with Empire violence. I will say that both episodes require a great deal of trust between the director and the actors, and I have a 12 to 15-year relationship with Terence Howard and Taraji P. Henson… There was a lot of worry and excitement about this episode.

TVLINE | What were folks worried about?
You’re taking two [major] characters out of their element. The idea of Lucious being kidnaped and the majority of the episode taking place in this cabin [is unprecedented for Empire]. It’s a very different Empire, structurally… There is an entire act where it’s just [Terrence, Taraji and Demi Moore]. That’s something we’ve never done on the show. The whole act is these three people going head-to-head. 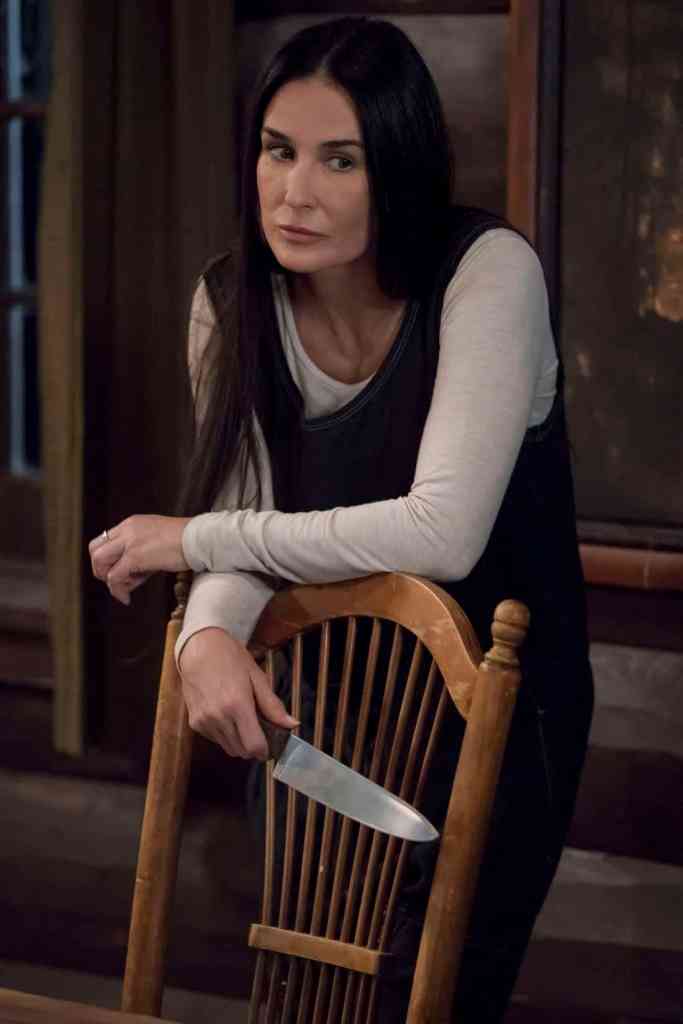 TVLINE | Demi is sort of the outsider in this equation. Did she feel like the odd person out?
It’s challenging because she is an outsider… And so is her character. But whatever [happened] worked. The three of them had a great amount of respect for each other. Terrence and Demi [had a] fantastic [working relationship]. Taraji and Demi were joking around and keeping things light and friendly, [which says a lot] considering they have to go for each others’ throats. [Laughs]

TVLINE | Was it always the plan for the Claudia arc to end this way?
It was a variation [of the ending we envisioned]. It was always going to get to a point of obsession.

TVLINE | In the middle of all the chaos, Lucious and Cookie have a big talk wherein they work through a lot of old baggage. Did they work through it, or is it just the tip of the iceberg?
I am so excited about the back half of this season because that is the [big] question. Cookie has, for a few seasons now, wanted half of what Lucious built with her money. But I don’t know if she’s there anymore. I think she wants to share what is theirs now. At the same time, Lucious, for the first time, isn’t looking at Cookie as something to conquer but someone to just let be. He’s realizing he’s better off allowing Cookie to go full-tilt. We’re [starting] to see what it’s like for them to be a power couple.

TVLINE | Have we seen the last of Claudia? She didn’t die.
[Laughs] Never say never. We were joking that she and Lucious’ mother were sent off to the same insane asylum and are plotting their revenge. But I believe Claudia is going away for a long time.

TVLINE | We see Jamal dealing with the emotional fallout from him killing Angelo, but what about the legal fallout? The episode kind of glossed over that.
I think Jamal’s struggle is more interesting [than] the machinations of what would really happen on a legal front. There was an [off screen] investigation, but Jamal was cleared because it was self defense. The Dubois family came and inflicted a serious blow on the Lyon family.

TVLINE | I do feel like we need to at least see a scene of Diana finding out her son was killed by a Lyon.
You, just like everyone else, just want more of the Dubois. [Laughs] They have the been best foes. What Phylicia Rashad has done with Diana should be put in a time capsule of guest stars and buried somewhere safe for future [acting] generations to [learn from]. There are so many things we would like to see Diana react to, but we’re going to unfortunately have to say goodbye to them.

TVLINE | The episode ended with Andre deciding to confess to Lucious that he tried to kill him in last season’s car explosion. The previews suggest that Lucius has a very violent reaction to learning this news. What can you tease about their looming confrontation?
It gets pretty explosive. But it’s another thing for Lucious to look at and go, “Who am I? Am I going to be a murderer again? How do I move forward from here?”

TVLINE | Lastly, is Becky going to keep her baby?
It’s a [good question].  She’s worked really hard to get where she is right now. She’s faced with a [big] decision.