Just when we didn’t think Mr. Mazzu could become any more insufferable, along came Tuesday’s Rise to prove us wrong — yet again.

The NBC drama’s third episode began with the bombshell that viewers learned last week: Simon announced to the cast that he’s transferring to St. Francis. Everyone was upset — including Lilette, who would have appreciated a heads up before learning the news with everyone else — but no one was more upset than Ms. Wolfe, who said more with this one look than words ever could: 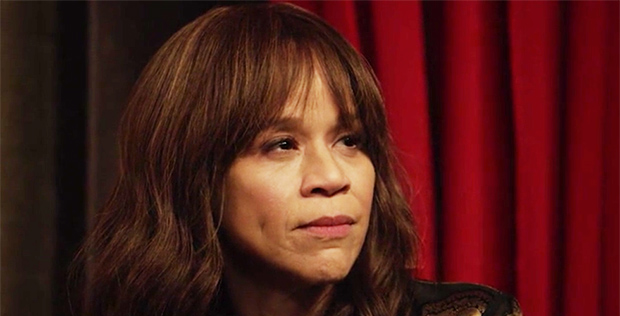 But her anger wasn’t directed at Simon for suddenly leaving them in the lurch, nor at his parents for making him transfer in the middle of the school year. Like the rest of us, her anger was directed at Mr. Mazzu, who finally got to feel the full force of her fury during a conversation in the props closet:

I know every single prop in here. My life is in here. And, yeah, maybe I should have more of a life. And maybe this is too much of a family for me. But it is my family and you’re messing with it with your vision, which I tried to support you in even though you walked in here and took a job away from me that should have been mine. But I sucked it up, because the kids and the theater come first. … But I’ve got one more thing to say to you, and then we’re going to put this away and never talk about it again: It’s your fault that Simon is leaving. I know it, you know it, so let’s just say it. You have him this role. You knew what you were stirring up and now he’s leaving. This isn’t just about your ‘vision,’ Mr. Mazzu. These are people’s lives you’re dealing with.

–
Of course, Ms. Wolfe was upset about more than just Simon leaving. She was also harboring residual annoyance from the first production meeting, when she suggested that he design the show with the $750 budget in mind, only to have Mr. Mazzu shut her down and say, “For now, let’s just dream. Big!” (Annoying.) And when she told him that she stayed up all night thinking about how they could make some of his ideas work on their budget, he literally told her to stop talking before calling all of the school’s previous shows garbage. (This! Guy!)

Simon’s mom eventually changed her mind about sending him away, but I’m not about to give Mr. Mazzu’s house call credit for that one; her change of her heart didn’t come until after she heard Simon’s sister tell him, “You’re breaking my heart.” I’m also not convinced that Simon’s dad will side with her. 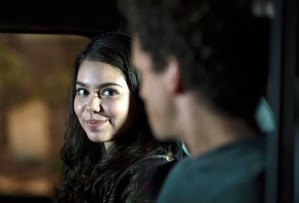 * Lilette and Robbie nearly shared their first off-stage kiss this week, following an unexpected trip to visit Robbie’s mom. I’m actually glad they didn’t yet, but I enjoyed their cute little moment of uncertainty.

* Lilette’s mother also exercised restraint this week, returning a gift to Coach Strickland and ending their relationship — or whatever it was. “I don’t want anything from you,” she said. “I need to be a better role model for my little girl. I need to teach her that all men aren’t users.” [Applause]

* After discovering that living conditions at Maashous’ foster home are less than ideal — honestly, who still listens to “Turn Down for What?” — Mrs. Mazzu decided that he was going to stay with them. (Side note: Maashous is a name I know I’ll screw up in the future, so if you ever see me refer to “Foster Angel,” that’s who I’m talking about.)

* Speaking of the Foster Angel, as someone who once shared a room with a snorer, I sympathize with Gordy.

Your thoughts on Tuesday’s third episode of Rise? Drop ’em in a comment below.