Going into the second and final week of The Voice’s Season 14 Battles, we still had ahead of us performances by a bunch of our favorites — and high hopes that they wouldn’t end up getting montaged, as was Johnny Bliss. (Fingers crossed!) Based on their memorable Blind Auditions, I was particularly eager to hear Jaclyn Lovey and Pryor Baird again, to find out (a) if they were good or consistently good and (b) how they’d fare in a cage match with another singer. Aand… ? Read on. We’ll discuss.

Team Blake: Pryor Baird (Grade: A) defeated Kaleb Lee (Grade: B) on “Don’t Do Me Like That” — Kaleb stolen by Kelly | Prior to this Battle, I felt for Kaleb. He seems like as nice a guy as they come, and is a fine singer. But there’s this oomph to Pryor’s vocals, this force behind ’em that suggests that anything or anyone standing in front of ’em is gonna get knocked over or knocked out. In rehearsal, Blake even advised him not to turn the volume up to 11 for the entire song, that’s how powerful his pipes are. On stage, Kaleb did a perfectly good job, but the second Pryor opened his mouth, it was all over. His was the voice that you paid attention to. You couldn’t take your ears off him! Midway through, it seemed like Kaleb suspected that he’d lost, too, and tried to ratchet up his raspiness, but it was too little, too late. Good Battle, but the winner was easy to choose. (I had to wonder what Kelly thought about Justin Kilgore’s prospects when she stole Kaleb… )

Team Adam: Mia Boostrom (Grade: A) defeated Genesis Diaz (Grade: A-) on “Because of You” | After Adam advised his singers in rehearsal to think of their Battle less as a duet and more as an independent experience, I wasn’t expecting a tag-team performance that really gelled. Still, Mia managed to more than redeem herself from her middling Blind Audition performance, impressing with not only the lower register for which she’s known but with her vocal control. She even managed to outsing Genesis, which before this I’d have thought was impossible — Genesis is a force to be reckoned with. Powerful, passionate, a supernova exploding before our eyes. “I love how almost out of control you are,” Adam told her. And yet, she always remained in control. A genuine toughie. Can’t believe Genesis didn’t get stolen. 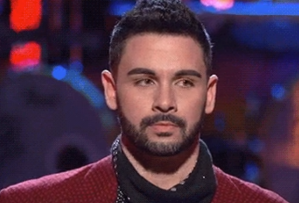 Team Kelly: Justin Kilgore (Grade: B) defeated Molly Stevens (Grade: A) on “Burning House” | In rehearsal, Justin and Molly sounded dreamy together — those harmonies were nine kinds of divine! Molly even pulled out some tones that made me hear a little Janis Joplin in there. (How this was the first that Kelly knew about her country competitors both being gay, I can’t quite figure; guess she doesn’t get to see their introductory packages between the Blind Auditions and the Battles.) As performance time neared, I started dreading the Battle, since I liked both Justin and Molly’s voices better than Kaleb’s, and one of them was about to be (cowboy) booted. On stage, Molly sounded fantastic; her vocal was the special kind that makes you look up to see who’s singing. Justin was good, too, but for me, it ended up being all about Molly. He was a smidgen overwrought, making it seem like he was trying at times. She, on the other hand, came off restrained and beautifully present.

Team Adam: Drew Cole (Grade: B+) defeated Miya Bass (Grade: B) on “Knocking’ on Heaven’s Door” — Miya stolen by Alicia | From the get-go, Drew seemed like he was going to have the advantage in this Battle; his unique voice wrapped around the Dylan classic (or, if you prefer, GNR) like a hand around a mic. But Miya was not to be counted out; her lower register, in particular, was “Like, da-amn!” amazing. Though both of them threw in runs where there didn’t necessarily want to be runs, you can’t blame them for wanting to show off while singing of their lives. I might have called the Battle a draw, were it not for the fact that I think there’s something so different and special about Drew’s voice. There didn’t seem to be any struggle, any strain, to his performance, he just nailed it. 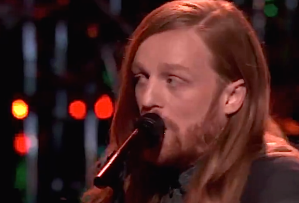 Team Blake: Wilkes (Grade: A) defeated Jordan Kirkdorffer (Grade: C) on “Nobody to Blame” | Even in rehearsal, it seemed like Jordan was going to be a little out of his element on this Chris Stapleton cover; it’s a country song, so that should have been fine, but there’s as innate sweetness to Jordan and his voice that didn’t quite fit the raucous tune — certainly not as well as his opponent and his voice did. When Wilkes sang with that hint of dirt road in his throat, “I know right where I went wrong,” you didn’t just believe him, you half expected him to go wrong that way again. By contrast, Jordan came off like a nice guy doing bad-boy karaoke. Not terrible, by any means, but this Battle was made for Wilkes to win. He sure as hell made me reconsider my “meh” reaction to his Blind Audition.

Team Alicia: Britton Buchanan (Grade: A) defeated Jaclyn Lovey (Grade: A) on “Thinking Out Loud” — Jaclyn stolen by Blake | Since I like both of these contestants, this was a Battle pairing that I could certainly have done without — I wasn’t eager to see either of them on the chopping block. (And since their styles are so different, wouldn’t it have made more sense for their coach to have matched up Jaclyn with Livia Faith since they occupy, if not the same lane, at least adjacent ones?) In the duo’s first rehearsal, it sounded like Jaclyn’s soft style of singing might get overpowered by Britton’s belting. But by dress, it sounded as if Jaclyn had raised the volume to meet Britton’s. So OK, even playing field going into the Battle. On stage, lordy loo, they sounded so beautiful, separately and together, that even my cold, brittle heart felt s—. Can you fall in love with a performance? Whether you can or you can’t, this was magnificent! So thank the music gods that Blake had a Steal left.

So, who did you think was the standout on Night 3 of the Battles? Vote in the poll below, then hit the comments. Any (very) early predictions about who’ll win Season 14?