The Cold War may be drawing to a close on The Americans… but it’s getting awfully chilly in Philip and Elizabeth’s marriage.

As FX’s Reagan-era spy drama enters its sixth and final season — debuting this Wednesday at 10/9c — the action jumps forward three years to 1987, just when diplomatic relations between America and the Soviets were beginning to mend. But as star Matthew Rhys hints, while there’s “this great thaw between the U.S. and the Soviet Union… the ice age is settling in” between the married Russian spies at the show’s center. (And even their vast array of wigs can’t keep them warm.) 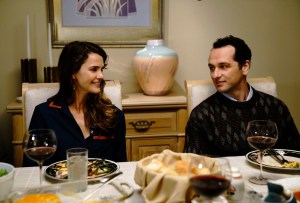 TVLine sat down with Rhys and Keri Russell — the real-life spouses and Emmy nominees who play Philip and Elizabeth — for a preview of The Americans‘ final season, which kicks off with Philip trading the spy game for a corporate yuppie existence (he even has a car phone!), while Elizabeth is left to pick up the espionage slack. And that’s caused a serious rift between the formerly happy couple. While the two aren’t “at war with each other,” Russell says, they’re in “almost a sadder place, where you’re just so far from each other. To get back there seems so insurmountable and lonely, and that’s kind of where we start.”

Not having Philip by her side on spy missions takes a heavy toll on Elizabeth this season, Russell hints: “I think she’s lonely for him. She’s completely lonely in the business. I don’t think she realized how lonely it would be to not have him. It’s hard, stressful, anxiety-making work. And he’s kind of like driving around in a new car, in a new suit, making dinner plans, going to kids’ hockey… You’re like, ‘OK, I’m trying to let you survive, but I’m not surviving now.'”

Meanwhile, Philip is “more emotionally stable, definitely” than the fretful version we’ve seen in years past, Rhys says, enjoying the low-pressure life of an ’80s travel agent — and Rhys is enjoying not wearing as many wigs in Season 6, too. “I think I have two,” he reveals. “And that’s two too many for me. I have a white-hot loathing for wigs. For the rest of my life, never.” Russell wasn’t so lucky, apparently: “They threw the wig tsunami at you” this season, Rhys teases. 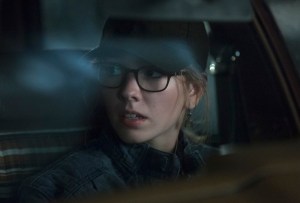 To be fair, Elizabeth isn’t totally alone in the spy game: The Jennings’ college-age daughter Paige (Holly Taylor) has joined the family business, going undercover with her mom in the Season 6 premiere. “She’s evolved and bloomed into this young woman now,” Rhys previews. “But with that comes this wealth of inexperience, and maybe too much enthusiasm, which is incredibly dangerous. There’s a real element of danger to that enthusiastic inexperience.”

So is Paige more of an Elizabeth, ruthlessly dedicated to the Soviet cause, or a more ambivalent Philip, constantly questioning life as a spy? “That’s one of the big questions for her character this season: Is it really suited for her?” Russell asks. “I think there’s a need from both sides. There’s a huge need from Elizabeth to want her to do it — for many, many personal reasons. And then I think there’s a need from Paige’s side to be accepted… to be close to this parent that was sort of absent or hiding things for so long.”

PHOTOS The Americans: Paige Is All Grown Up, Spying With Mom — 2018 FIRST LOOK

Saying goodbye to these characters after six seasons is “kind of bittersweet,” Rhys admits, but he’d prefer the show end too soon than too late: “I think it’s better not to wring the towel dry. I would hate it if we were in Season 8, going, ‘Would he be doing this?'” Russell agrees: “I have loved playing this character, especially being a woman in this business… so it’s sad to see it go and go back to playing nice moms, but it’s time. It’s the right time. It feels good.”

Russell and Rhys were still filming the final episodes when we spoke, but they already know how the series ends. She calls the ending “incredibly satisfying… It hits exactly the right tone.” Rhys credits showrunners Joe Weisberg and Joel Fields, who he says are “so incredibly adept at leaving no stone unturned.” But he can’t resist throwing a ridiculous fake spoiler at us: “It’s just sad that Stan has to die. And so passively. He just trips and bangs his head. He trips over Henry’s hockey stick.”

Got predictions for The Americans‘ final episodes? Drop ’em in a comment below.