The first-responder drama — which is part soap opera, part Emergency! on steroids — closed out its freshman run earlier this week as Wednesday’s No. 1 series, having become the network’s biggest hit since Empire burst onto the scene three years ago. 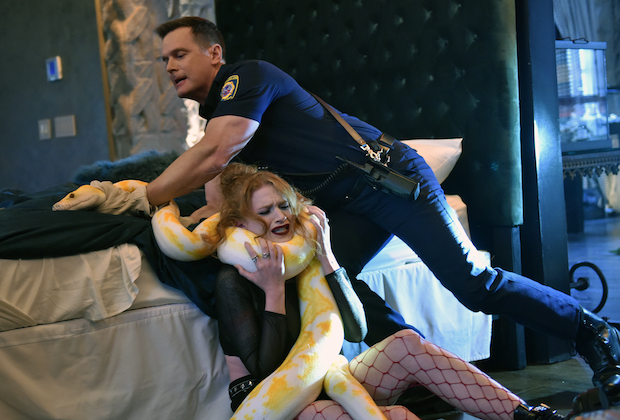 The Ryan Murphy procedural boasts an impressive ensemble (Angela Bassett! Peter Krause! Connie Britton!), yet much of its appeal has nothing to do with its stars. For many, the reason to tune in is for the outlandish calls-to-action, which have ranged from a baby getting flushed down a toilet to a flying bouncy house. Sometimes, the most ridiculous moments stemmed from what the first-responders had going on in their personal lives (Buck’s sexual rendezvous, Chimney’s unforgettable car accident, etc.) which, for the most part, also kept us entertained.

And so, with a second season still months away, we’re using this time to look back at some of those far-fetched occurrences. As an added bonus, all of them are presented as GIFs, allowing even those who haven’t watched to fully grasp the crazy!

Peruse the attached gallery, then hit the comments and tell us which of the following Season 1 moments were among your faves.