Thursday’s back-to-back Chicago Fire episodes brought us a potential pregnancy, a steamy hookup and a life-changing twist for one firefighter.

Now that the flames have died down, let’s review the biggest moments from the “movie event”: 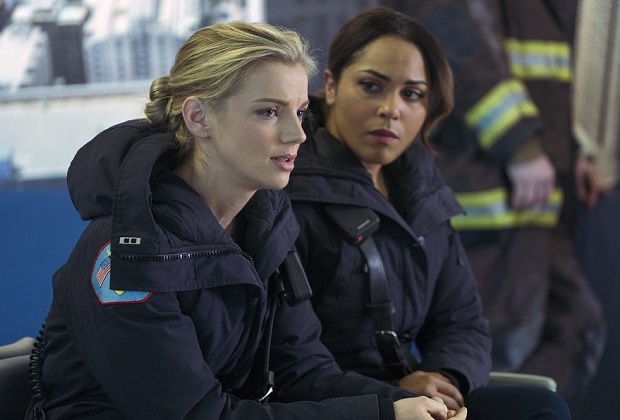 OH, NO BABY | After Brett describes how achy and tired and nauseated she’s been feeling recently, Dawson responds, “You sound pregnant.” Brett is shaken as she notes that she’s late. So much for just keeping it casual with Antonio. Eschewing a trip to Med, Brett begs Dawson to take her to a pharmacy out of their district to get a pregnancy test. At the store, the blonde is so paralyzed by fear that Dawson covers for her and makes the purchase. “I need to see if my husband knocked me up,” she says to the store clerk. If only, right, “Dawsey” lovers?

But all of Brett’s freaking out is for nothing: She’s not preggers. Brett looks kind of disappointed, and so am I. (How cute would a “Brettonio” baby be?) The scare does make her realize that she wants to give it a real try with Antonio. Too bad he’s got a blind date, which sends Brett running away from him and embracing a fresh start. 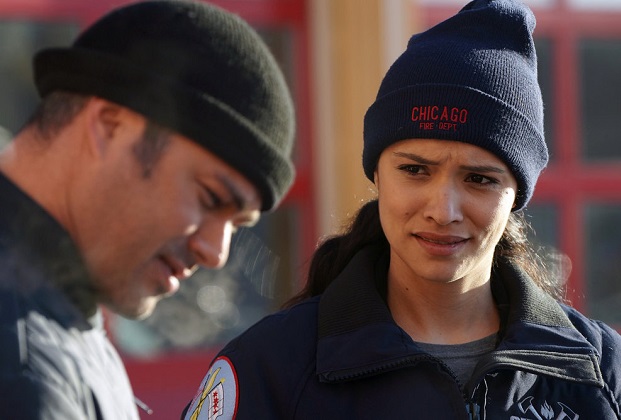 “I’M YOUR GIRL” | If you’ve been dying for Stella and Severide to finally give in to their feelings, this was your week. When she realizes that he’s going to bail on a ceremony honoring Anna’s memory, Stella assures Severide that he can handle this and then declares that she’s going to accompany him to Springfield. On their way back home, they bond over milkshakes . “Any time you need someone to support you, I’m your girl,” she says.

In the second hour, Stella is shot at during a fire/rescue, prompting Severide to run into the inferno despite Boden’s order to stay put. When the chief asks what he was thinking in the moment, Severide — who’s already lost his best friend Shay and ex-girlfriend Anna — simply replies, “I can’t go through this again.” Sensing that something is going on between the roomies, Casey tells Severide that what he feels for Stella won’t go away just because he doesn’t want it to be there, and that seems to do the trick. The firefighter goes to Molly’s, where Stella is doing inventory, and the two start getting it on right on top of the bar. (That has to be a health code violation, right?)

HIS NAME IS BRIAN | While Stella isn’t injured during the fire, the same can’t be said for Otis, who is shot in the neck. He survives multiple surgeries, but when Dr. Choi performs a test, it appears that the firefighter has no feeling in his toes. On the upside, his pals finally honor his wish to be called by his real name, Brian, instead of by the “infantilizing” nickname Otis, which he got while on elevator duty as a candidate. 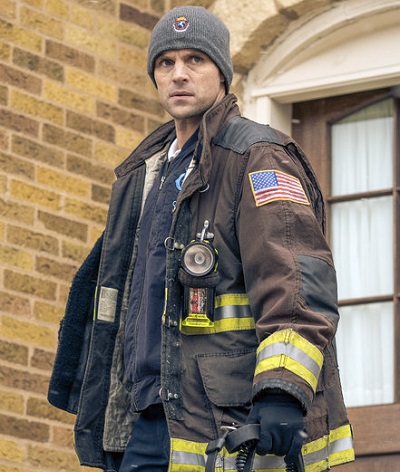 EVERYONE’S GOT BAGGAGE | I want to give a shoutout to the Casey/domestic abuse victim storyline, because it was nice to see him talking about his family and background, even if it was about how his mother went to jail for murdering her abusive husband. It’s good to be reminded that Casey doesn’t just exist as a hero; he was shaped into one despite a difficult upbringing.

Fire fans, what did you think of the two-hour event?