Start brainstorming which celebrity showdowns you want to see on the next season of Hollywood Game Night.

NBC has renewed the Jane Lynch-hosted game show for a 13-episode sixth season, bringing back the supersized backyard games as well as introducing new challenges. A premiere date was not announced.

A special edition of Hollywood Game Night will air on Thursday, May 24 as part of NBC’s annual Red Nose Day fundraiser.

* Season 3 of AMC’s Preacher has cast Jonny Coyne (The Blacklist, Once Upon a time in Wonderland) in the recurring role of Allfather D’Aronique, possibly the most powerful man in the world, Deadline reports.

* Stellan Skarsgård (Good Will Hunting) and Emily Watson (Breaking the Waves) have been cast in HBO’s Chernobyl miniseries as Boris Shcherbina and Ulana Khomyuk, per Deadline.

* Check out the poster for Marvel’s Cloak & Dagger, premiering Thursday, June 7 on Freeform (click to zoom): 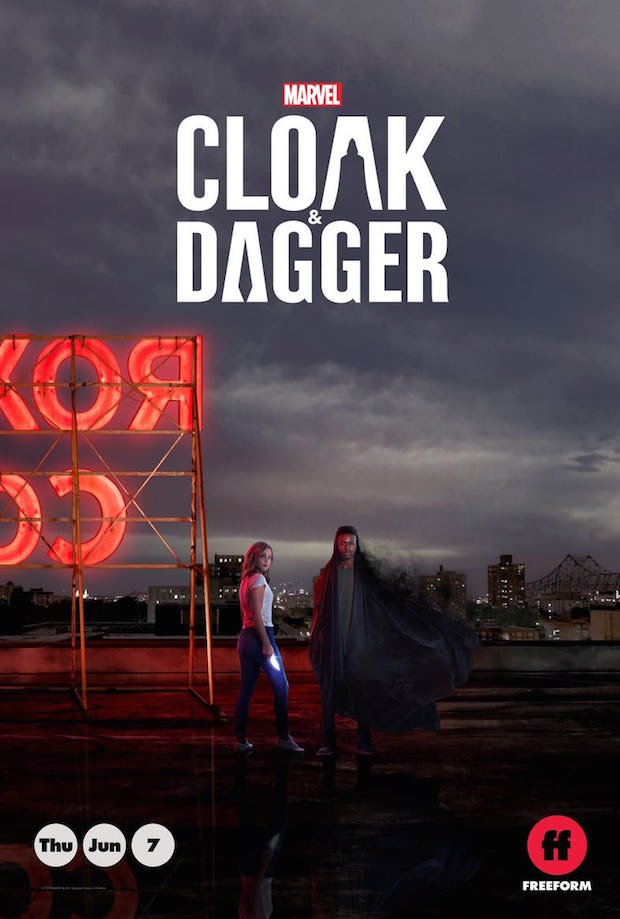 * You can now watch the pilot for ABC’s The Crossing (before it premieres on Monday, April 2 at 10), a supernatural-tinged drama in which American refugees wash up ashore a small fishing town, fleeing a war that hasn’t happened yet.

* Watch the teaser for the final four-episode installment of Cartoon Network’s Adventure Time: