Remember when Jaimie Alexander told TVLine that Blindspot‘s Jane and Zapata would be going undercover together and it’d be “very fun”? She teased, “We will not look like ourselves, let’s put it that way!”

Jaimie tells no lies, as evidenced by these first photos from the head-turning op.

In the episode “Mum’s The Word” (airing Friday, March 30 on NBC), the FBI team and Avery attend a gala hosted by their target Hank Crawford (played by special guest star David Morse) in hopes of arresting him. And to that end, Jane and Zapata (played by Audrey Esparza) must dress the part, donning dynamic ‘dos and glam gowns. Check out the photos above and below, then share your reaction.

Want more scoop on Blindspot, or for any other show? Email InsideLine@tvline.com and your question may be answered via Matt’s Inside Line. 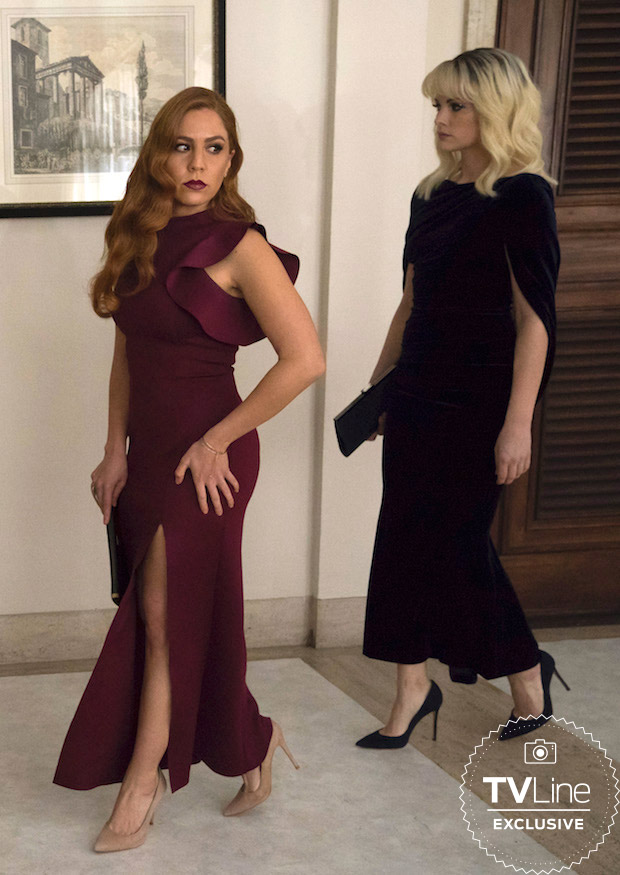