THE PERFORMANCE | For all intents and purposes, Alisa Jones is a villain. She’s not quite as sinister as Season 1 baddie Kilgrave, nor does she want to have the super-strength and short temper that drive her to do bad things. But when all is said and done, she is capable of killing people, and has done so in some awfully gruesome ways.

It’s a testament to McTeer’s performance, then, that we somehow end up rooting for Alisa. Episode 7 in particular is a marvelous showcase for the actress, who brings complexity and vulnerability to Alisa as we learn, via flashbacks, how she became the murderous woman she is now.

It would be easy to only honor McTeer for this episode’s emotionally charged scenes, like the moment Alisa discovers that her husband and son did not survive the car crash that nearly killed her. Within seconds, McTeer takes her character from devastated to furious, and the anger in her eyes as she writhes on that hospital bed is scarier than anything you might find on American Horror Story.

Even more compelling than Alisa’s full-blown rage, though, are the moments when she’s out in public, when it is clearly a Herculean task for her to keep her cool and act natural. McTeer’s clenched fists, her wide eyes, the stiff way she walks as if she’s not sure she’s doing it right — all of those choices add up to one brilliant performance, making us pity a character we should probably loathe.

Alisa doesn’t wind up with that happy ending, after all. But even though the character is gone from Jessica’s world, McTeer’s performance is one we won’t soon forget. 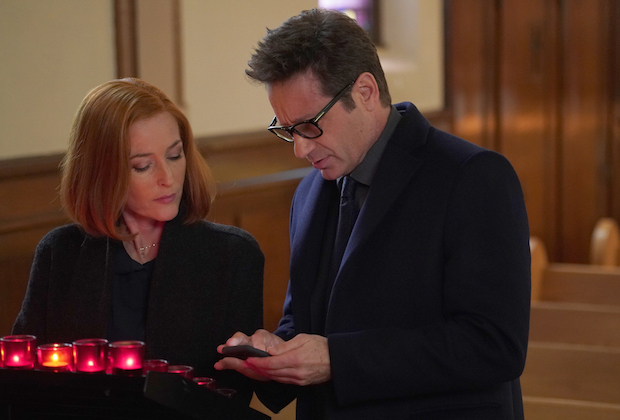 HONORABLE MENTION | The TV landscape is littered with actors who’ve played their characters for too long, content to phone-in performances rather than bring anything new to their well-worn alter egos. But David Duchovny has used The X-Files‘ 11th season as ground to explore who Fox Mulder is after all of these years in pursuit of the The Truth, and we’re transfixed. Wednesday’s episode highlighted just how much Duchovny’s interpretation of the once cocky conspiracy theorist has softened over the years. The humor he found in moments of Mulder’s physical fallibility (who would’ve known you could mine so many laughs from bifocals progressive lenses?) was matched by the adroit way he worked notes of regret and adoration into his speech about how Scully should’ve left him long ago. If this is, indeed, the end for the series, Duchovny’s going out in eminently watchable style. 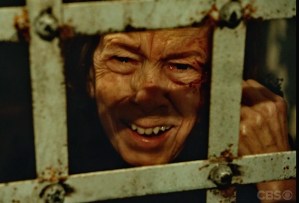 HONORABLE MENTION | It wasn’t always easy to watch Linda Hunt‘s scenes during NCIS: Los Angeles‘ Hetty rescue, but that only speaks to their emotional power. As Hetty sat face-to-face with Dang and his heinous hooch, Hunt conveyed that the badass operative still had some gas, and sass, in her tank. But when it came time for Hetty to be chained up and flogged, it was all we could do not to glimpse Hunt’s anguished grimaces. That heartbreak was offset in the closing moments, though, when a liberated Hetty visited Dang in the squalid cell she used to call home, to say that she “lied” about ending him with a bullet — when a ravenous tiger will get the job done just as well! As Hunt shuffled away with a twinkle in her eye, the message was clear: Hetty is back. 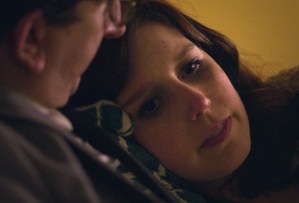 HONORABLE MENTION | Vanessa Bayer showed off some serious acting chops in Netflix’s Love, appearing midway through the final season as Gus’ ex-fiancee Sarah. The SNL vet’s performance took an unexpectedly dramatic turn after she got drunk at a friend’s wedding to help mask the pain of an identity crisis. Gus escorted her back to her hotel room, where she sobered up by detailing her sad reality, including a failed marriage to a serial adulterer and the stepchildren who wanted nothing to do with her. “Now, I’m at this weird age where I’m too young to be divorced, but I’m too old to be dating everybody — and too old for my career,” she said. “Now I don’t have any of it.” In that moment, Bayer’s subdued delivery was all that was needed to sell Sarah’s pain — and it was exquisite. Here’s hoping this role leads to more weightier parts for Miley Cyrus’ onetime alter ego.