Question: I know it’s early — like, seven months early — but do you have any Season 3 scoop on This Is Us? —Nicholas
Ausiello: Affirmative. Co-showrunner Elizabeth Berger tells us that Season 3 will delve more into Mama Pearson’s current relationship, “its origins, and what Miguel and Rebecca’s life in present times is like a little bit more behind closed doors.” The finale scene between Mandy Moore and Jon Huertas in which Miguel alludes to how much he’s disliked within the family was something “we really loved, actually… the way they played it. Because you got to see a playfulness between them that we don’t often get to see. It was really nice for us to see, ‘Oh, she loves him. She’s charmed by him,'” Berger says. “I’m looking forward for viewers to see other sides of them.” 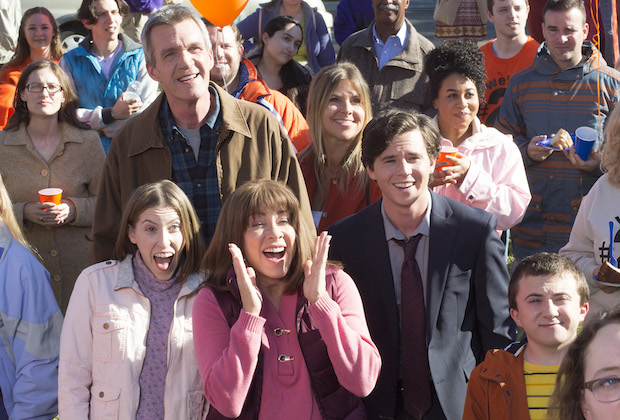 Question: It’s hard to believe there are only nine episodes of The Middle left! Any scoop on the finale? —Keri
Ausiello: It will be a two-parter titled “It’s Been a Heck of a Ride” (Part 1 and Part 2), and both episodes will be penned by series creators Eileen Heisler and DeAnn Heline.

Question: Any hints about how Morgan is leaving The Walking Dead? —Jerome
Ausiello: As coincidence would have it, we asked showrunner Scott Gimple exactly that during a recent interview. And while he wouldn’t reveal anything specific about how Lennie James’ character was being set up to leave for Fear the Walking Dead, he did suggest that the crossover didn’t require a whole lotta rewriting. “The story we had planned for this season very much [aligned] with the idea of Morgan going on to Fear,” he said. “This is very much The Walking Dead’s Morgan story. But it’s just, at its conclusion, where he was at really opened the door emotionally for him to enter the world of Fear.”

Question: Any scoop on Once Upon a Time and Gothel’s plan for the Coven of Eight? — Mira
Ausiello: Only that Gothel’s end game is quite grand — and perhaps thus fitting for the series’ very final conflict. As opposed to a typical supervillain plan, “She wants more than just taking over the world,” co-creator Eddy Kitsis ominously warns. 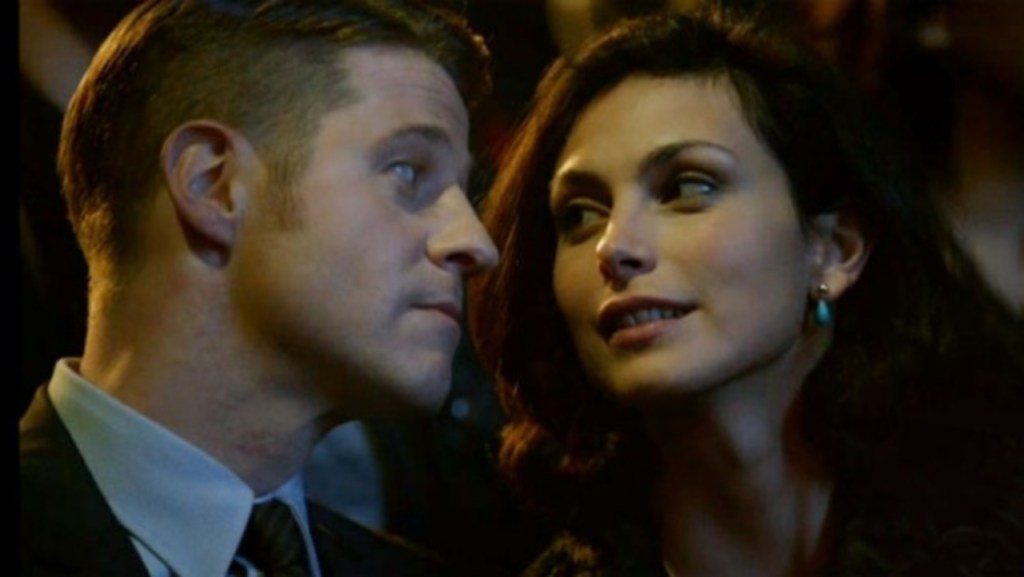 Question: Lee’s letter at the end of Gotham Season 3 was very hopeful in the direction of her feelings for Jim. And Jim clearly still loves her. Will they reunite before Season 4 is over? —Amanda
Ausiello: Morena Baccarin told Matt Mitovich that the exes’ dynamic is now “really interesting” in the wake of Jim learning who The Doc is — and given what’s still to come. “Lee ends up doing something that puts Jim in a very precarious situation. She breaks the law in a way that makes it impossible for him to let her go,” she revealed. As for a possible reunion, Baccarin won’t file that idea under “never.” “I don’t think they’ve reached that point yet, but it would take a lot, a big change, for her to be able to go there,” she said, “while Jim would have understand where she really is now, which is a very different place than she was before.”

Question: Anything on The Blacklist? —Shirin
Ausiello: Look for Liz to at long last come face-to-face with Tom’s murderer (aka Ian Garvey) in a spring episode that also happens to be half of a two-parter. And as you might expect, their run-in is fairly dramatic. One might even say it’s killer.

Question: I’d welcome a scoop on Monday’s episode of The Good Doctor! —Josh
Ausiello: As teased by ABC, Season 1’s penultimate hour ends with not one but two twists that will likely have you wondering if the rookie hit will undergo a major cast shakeup ahead of Season 2. 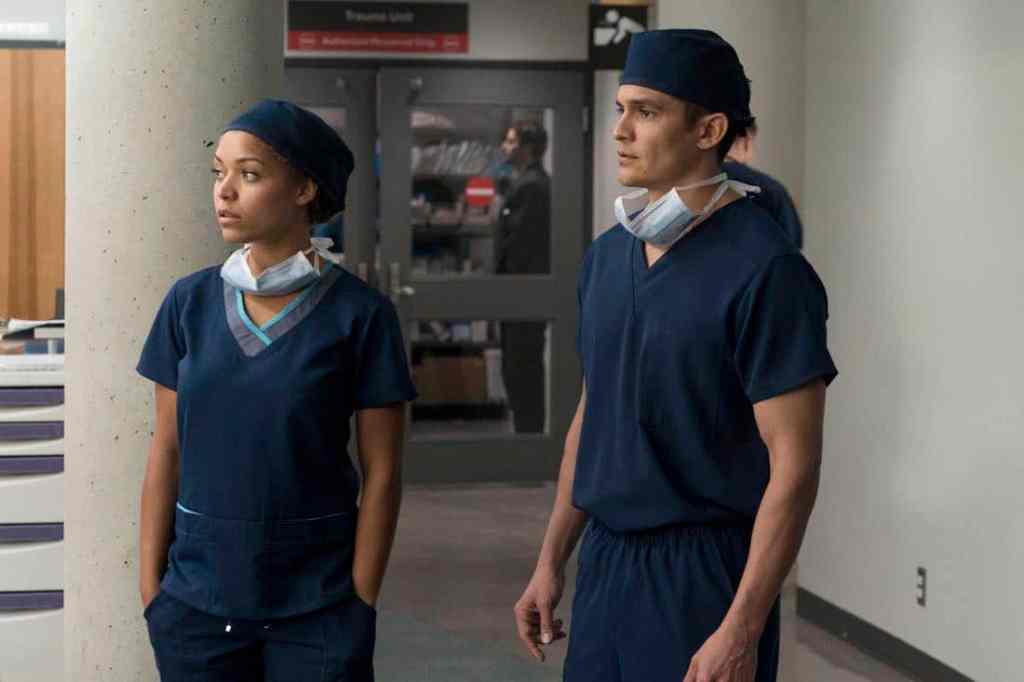 Question: Is The Good Doctor heading towards a possible romance between Claire and Melendez? —Margaret
Ausiello: We hand-delivered your Q to exec producer David Shore, and… he was a bit of a tease, frankly. “I’m watching the show, too, and I’m wondering the same thing…,” he replied. “They have great chemistry.”

Question: Do you have anything on Brooklyn Nine-Nine? —Sally
Ausiello: Nothing except… this exclusive first look at Sterling K. Brown’s upcoming guest stint! The episode — which will now air on Sunday, April 1 — was inspired by the classic Homicide outing “Three Men and Adena.” The story finds Brown’s perp being grilled by Andy Samberg’s Det. Jake Peralta and Homicide alum Andre Braugher’s Captain Holt. “It’s an episode that takes place completely in the interrogation room and its surroundings,” explains EP Dan Goor. “It’s one story [featuring] just Jake, Holt and Sterling K. Brown, and it’s really intense and really funny. It’s like a one-act play.” 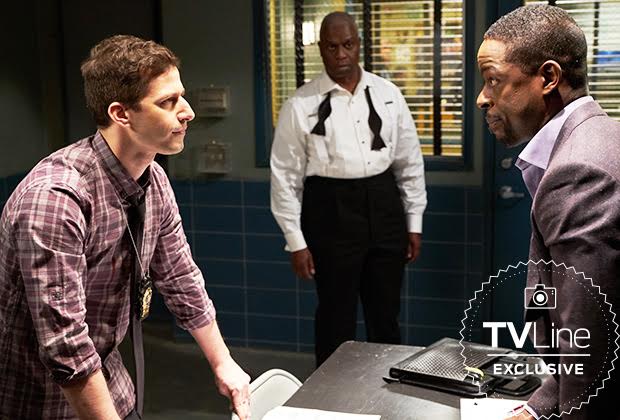 Question: When will Blindspot‘s Roman meet the FBI team? —Cilmara
Ausiello: “Soon!” answers showrunner Martin Gero. “They finally cross paths in Episode 317 — mark Friday, March 30th on your calendar — and it won’t be the last time this season.”

Question: Any Timeless teases you can share? —Ron
Ausiello: This Sunday’s episode peels back the curtain on Wyatt’s complicated childhood. Plus, the soldier gets to show off his racing skills! “We go back to the early beginnings of NASCAR, which started with, like, basically running moonshine, and so Wyatt has a lot to do,” portrayer Matt Lanter tells TVLine. “He knows the historical figures that we meet, and we see him geek out a little bit. It’s very action-packed.” Meanwhile back at the silo, Mason ignores a direct order from Agent Christopher, and Jiya has a very troubling vision. BONUS SCOOP: In the Season 2 finale, the team will be faced with the Sophie-st of Choices with regards to two of their own.

This AAnd That…
♦ The Fosters: The kids aren’t the only ones who’ve evolved during the show’s recent time jump. 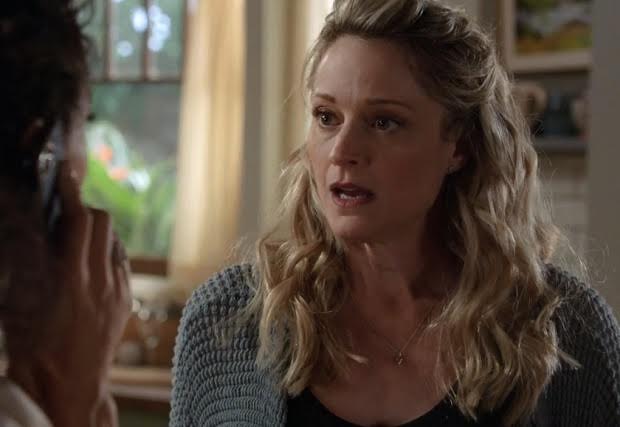 When the three-night series finale event airs this June, viewers will discover that “Stef’s no longer a police officer,” executive producer Joanna Johnson previews. “Her career has changed, and she has changed.” Meanwhile, her wife Lena is weighing “a career opportunity” of her own that could be “really life-changing for all the kids.”
♦ Chicago P.D.: Marina Squerciati has nothing but raves for co-star Tracy Spiridakos, whose Hailey Upton “has her own standout episode” on March 21. “We haven’t really seen her shine in that light,” says the actress. “I’m so excited, because it’s a really scary episode [about] women’s empowerment.”
♦ The annual TVLine staple known as the May Sweeps Scorecard is coming soon and sources confirm to me exclusively that there will be a lot of death.