For once, This Is Us‘ Beth isn’t going to have to do the heavy lifting.

Tonight’s Season 2 finale (NBC, 9/8c) is centered on Kate and Toby’s wedding, and series star Susan Kelechi Watson tells TVLine that in an unusual turn of events, her get-things-done character doesn’t have to do much, aside from wrangling a party favor or two (dozen). 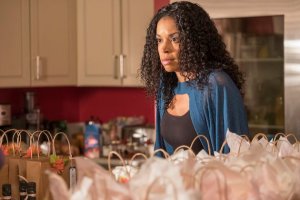 “It’s a lot of Randall and Kevin helping me to get the wedding going,” she says. “My work in the wedding is minimal. I get to enjoy the nuptials.”

However, that doesn’t mean Beth sits around for the hour with her feet up and a cocktail in her hand. Watson points out that Randall and Beth’s foster daughter, Deja, is going to be processing some rather large and complicated emotions in the wake of her mother Shauna’s abrupt departure at the end of last week’s hour.

“Her mom has just left her with us and essentially abandoned her,” the actress says. “So I’m having to deal with the aftermath of that while trying to have a fun family weekend!” We point out that Beth never seems to get a day off. “She tried!” Watson adds, laughing. “She tried in Vegas. It just didn’t happen.”

Read on for more about our chances of seeing a flashback to Beth and Randall’s wedding, Watson’s on-screen prospects for Season 3 and her take on that pesky “Dead Beth” buzz.

TVLINE | We don’t know a lot about Randall and Beth’s wedding. Heard anything about the show doing a flashback of that one day?
I haven’t. But it’s funny that you asked because someone just asked me what I would like to see of them in terms of their past and I was actually really curious in seeing what their engagement looked like and what that period before they got married looked like. The wedding, that would be really cool, too. But no, we haven’t really spoken that much about the past. Now we’ve seen Sterling’s character, we’ve seen Randall in the future. And we’ve seen Tess in the future. So that’s probably an avenue that is gonna get explored.

This Is Us: Best Randall/Beth Moments 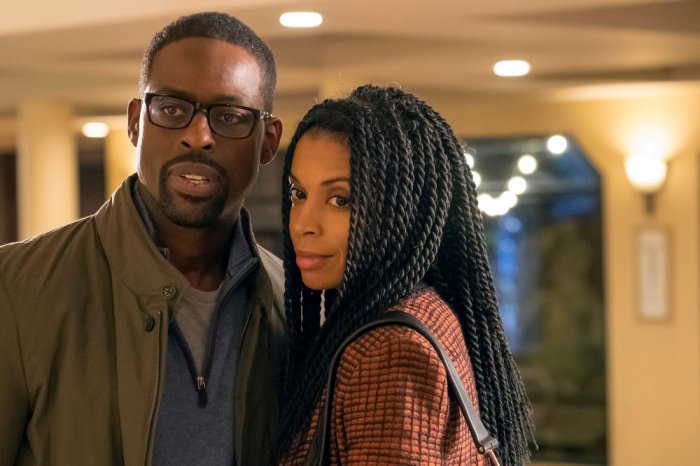 TVLINE | I’m sure you’re aware that everyone is very worried that Beth wasn’t in those future scenes. What kind of reaction have you gotten from fans online or in person?
It’s really interesting. I had no clue what was going on! [Laughs] … I had no clue that this was a fan theory that Beth may die. So I thought it was like, “Oh, funny, haha. They’re being funny.” But then it was like, no, seriously, they’re posting that she might be dead. I was like, “Dan, did you know people think that Beth might be dead?” And he was like, “I’ve heard.” And we both just kind of had a laugh about it. As far as I know, there’s no plans for Beth to die, but I do appreciate people looking out for her. [Laughs]

TVLINE | When you first got the script, what was your reaction?
I think there are moments that’ll hit home. In the preview, we got to see an older Jack. There is something to seeing him. What if he had survived, you know? Imagining that whole scenario, that really tugged at my heart. First of all, I love Milo so much. And I love his portrayal of Jack so much that that was something that will likely tug at the heartstrings. And then we get to see Toby and Kate finally make it official, and that’s been so well-earned, you know? They’ve gone through so much together… There are going to be some special moments. It’s been a tough season, emotionally. It’s nice to have these episodes where it’s, not necessarily lighter, but it’s happier. It’s joyful.

TVLINE | Did you actually shoot outside?
Yes, we did, which is why I feel like I have some of this residual [cough].

TVLINE | Oh no!
It was really cold and dusty, and yeah. [Laughs] It was 32 degrees in L.A. while we were shooting, and that made it a little challenging. Look, as far as challenging goes, it’s not like we were fighting at the side of a cliff in water like Black Panther. [Laughs] You know what I’m saying — 32 degrees in L.A. in a little dress with the dust kicking up.

TVLINE | We’ve seen Beth very angry with Deja’s mother, Shauna, in the past. But that scene in the living room seemed to mark a change in the way Beth thought about her. Talk to me about how her feelings about that woman and the situation may have changed.
When you see somebody at rock bottom, it gives you a perspective. She just wants what’s best for Deja. And seeing her mom in that vulnerable condition and being a mother, you don’t want your kid on the street in a car, suffering in any type of way. It was kind of this olive branch of, “Look, nothing is worth this, no type of tension is worth seeing you two suffer in any way for some kind of ‘I told you so.’ Let’s try to figure out what the best thing to do is.” Now, it shocks her that she decides in that moment, that Shauna decides that the best thing is to leave her kid with them. But the other part of it for me, playing Beth, is that I couldn’t argue with it… There’s a part of me feels like this may very well be the best thing for [Deja]. It’s just this agonizing moment of, “Wow, this is going to devastate her.” But at the same time, I agree. I get it. I think that she can have a great life here, especially if you, as her mom, really don’t feel capable of giving her what she needs.

We have to now learn how to handle her with kid gloves because obviously she’s going to have a strong reaction to the fact that her mom is not there. But while we sympathize and we feel compassion for it, it’s up to us now as the parents or at least in that parental position to still make sure she’s respectful, still try to discipline her. So that’s what we’re struggling with. You feel so bad, but we still have to treat her like family. We can’t let her get away with being awful. [Laughs] It’s a little bit of a tightrope walk, you’re going to see us trying to figure that out in this next episode.

TVLINE | Can you give us any tease about Beth’s trajectory in Season 3?
I guess we’ll see more of Beth’s family. We’ll see more of what’s happening between her and Randall in terms of this transition and what’s going to happen with deja. That’s pretty much all I know so far, to be honest.