Warning: The following contains spoilers for Tuesday’s The Flash.

Iris’ taste of the speedster life reignited an old love during this week’s The Flash.

After taking Barry’s powers for a spin, thanks to a DNA-transferring bus meta, and saving the day, Iris and her hubby eventually went back to their original roles: He reclaimed his speed, and she reassumed her position as team leader. But Iris had no qualms about giving up the super abilities since they’re not what drives her. Instead, she finds her purpose and motivation in being a reporter, she explained to Barry just before bringing her Saved By the Flash blog out of retirement. 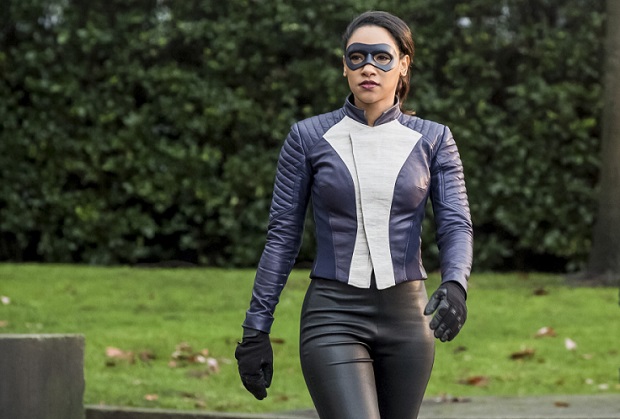 “Having Barry’s powers for an episode really made her realize what she’s passionate about,” star Candice Patton said after a recent press screening. “She understands that Barry having speed is what gets him up in the morning and is what he’s passionate about. I think it reignited for her that she still has to find that, and that journalism is the thing that she kind of put to the side to take up the mantle at S.T.A.R. Labs, but it’s still a part of her, and it’s still the reason that she wakes up.”

Revisiting Iris the reporter “certainly was something that we knew we wanted to get back to,” executive producer Todd Helbing added. This particular episode “felt like the most organic time to have this reawakening.” The EP also expressed his desire “to dive into that [aspect of the character] more” next season. Not to mention, “we’ve still got that article in 2024 we’ve got to deal with,” Patton noted.

As for whether we’ll see the Purple Flash again, Helbing would only say, “Maybe not exactly that way.”

RELATED The Flash EP Reacts to ‘Mystery Girl’ Theories — Could She Be [Spoiler]?

For her part, Patton is fine with getting to be a speedster for only a short amount of time. “I always thought it would be cool just for fans and just for the show to see her suit up for an episode,” the actress explained. “I never wanted it to be a thing where Iris became a superhero on The Flash because A) we’ve got enough superheroes, and B) that’s just not who Iris is. I think the most important thing about Iris as a character is she’s a hero in her own right without any superpowers. She uses her heart and her intellect and her street smarts to help the team. It appeals to the audience that we ourselves, as human beings every day, can be heroes in our own lives. We don’t need superpowers, we don’t need to get struck by lightning tomorrow, to do something important. I think Iris illuminates that on the show.” 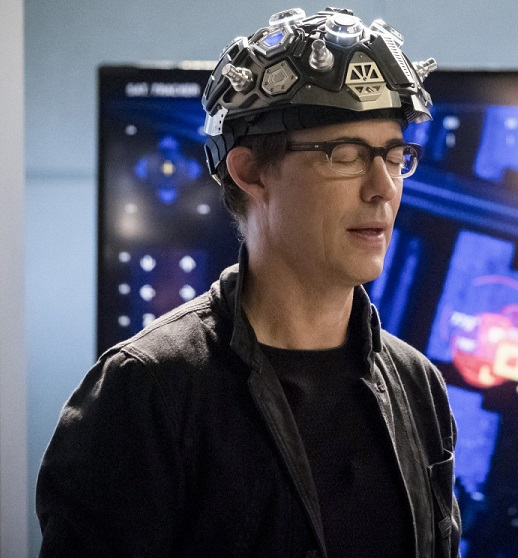 Elsewhere in the episode, Harry donned his own Thinker-esque brain cap, despite Cisco’s concerns about exposing his rageaholic personality to dark matter. “He’s been struggling all season with trying to out-think somebody that’s smarter than him,” Helbing described. “It’s driving him nuts. It’s a slippery slope of what he’s willing to do to be better than this guy. It’s going to have a disastrous outcome.”

Could we be looking at another incarnation of a villainous Harrison Wells? “No comment,” the EP replied.

Flash fans, are you excited for the return of Iris the reporter? Hit the comments with your thoughts!