The show went on, but did anyone show up? Despite accusations that Ryan Seacrest subjected his ex-stylist to “years of unwanted sexual aggression,” and amid talk that many celebs planned to pass the host by, E! took a business-as-usual approach with its Live From the Red Carpet coverage (well, save for that reported 30-second delay). And while some talent did chat with Seacrest, it was a far less starry lineup than E! has become accustomed to. 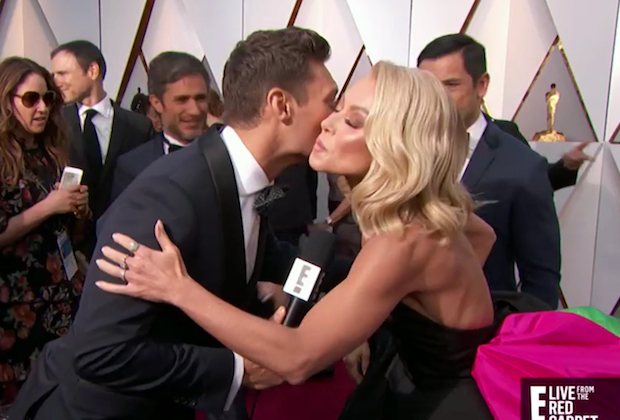 All told, just over a dozen people were interviewed by Seacrest during the live telecast, and only four of them — including Allison Janney, a supporting actress contender for i Tonya, and Christopher Plummer, a supporting actor finalist for All the Money in the World — were actual nominated performers (out of 20).

E!’s decision to stick by the ubiquitous emcee came after our sister site Variety published the explicit allegations made by his accuser, Suzie Hardy, who served as his personal stylist at E! News from 2007 to 2013. Seacrest vehemently denied the accusations, which were subsequently corroborated by an anonymous male colleague of Hardy’s. E! previously announced that an independent investigator hired to look into her claims (the full details of which were not made public at the time) found “insufficient evidence” of wrongdoing on Seacrest’s part.

Scroll through the gallery above to view the complete list of talent who spoke to the embattled co-host, and then hit the comments with your thoughts.