Kathy Griffin has booked her first major TV appearance since being shunned by Hollywood for a controversial photograph depicting the fake, severed head of President Donald Trump.

The comedienne will stop by Real Time With Bill Maher next Friday, March 9 (HBO, 10/9c). The booking was confirmed during the end credits of Maher’s most recent broadcast: 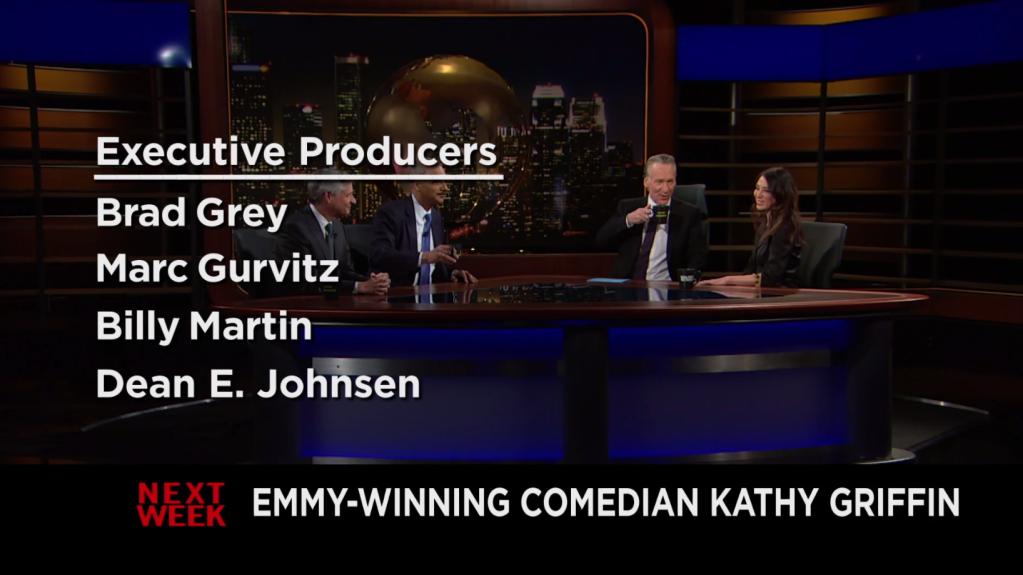 Griffin, whose TV credits include My Life on the D-List and Fashion Police, made headlines last May when the aforementioned photo — which showed her holding a fake, bloodied, severed head meant to be Trump’s — went viral. After the controversy escalated, Griffin issued a public apology on Twitter, which read, “I am sorry. I went too far. I was wrong.” Within a matter of days, CNN terminated her contract, putting an end to her long-running New Year’s Eve co-hosting gig alongside Anderson Cooper, and Andy Cohen was named her successor.

Maher has been a vocal supporter of Griffin in the wake of her scandal. Shortly after she was fired by CNN, the Real Time host argued, “Kathy Griffin should not go away. You make a mistake, you don’t have to go away. Everyone makes mistakes.” With that being said, he agreed that the photo was in poor taste: “As much as I hate Trump… that’s wrong. You don’t do that to whoever the president is. But she was going for a laugh, and I understand that.”

Will you tune in for Bill Maher’s sit-down with Kathy Griffin? Hit the comments and let us know.