Gabriel Chavarria (East Los High) and Jessica Garza (Six) are in for a hell of a night.

The actors have signed on to play the male and female leads of USA Network and Syfy’s upcoming TV series based on The Purge films, our sister site Deadline reports. 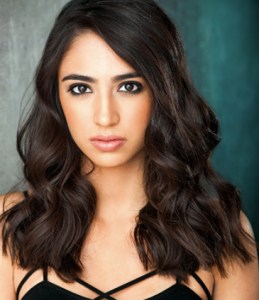 For those unaware of the big-screen franchise, the Purge movies — of which there have been three, with a fourth on the way — take place in a dystopian version of the United States where all crimes, including murder, are legal for one night every year.

Chavarria’s character is a US Marine who returns to his hometown when his younger sister (Garzia), a member of a Purge-worshipping cult, discovers the “ghastly realities” of the annual event just as she’s set to become a human sacrifice.

Purge creator James DeMonaco will oversee production on the new series, which does not yet have a premiere date.

Your thoughts on The Purge series? Drop ’em in a comment below.