Fox’s Lucifer has a superbly supernatural twist on tap for its second episode back after the Winter Olympics break. Because Cain’s slain brother Abel is a woman, baby!

As first reported by TVLine, Lucifer — in his latest scheme to help Pierce/Cain and thus help himself — will venture to Hell to visit the brother of the World’s First Murderer. Thing is, Abel is actually now back on Earth and occupying the vessel of Bree, a woman who suffered catastrophic internal injuries in an explosion and died. 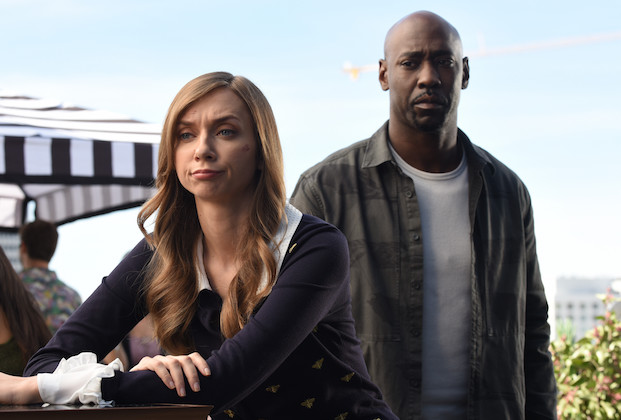 When Bree (played by Crashing‘s Lauren Lapkus; see photo) is brought back to life with Abel’s soul inside her, Lucifer and Pierce race to find him/her as soon as possible.

But wait, let’s rewind a bit: the World’s First Murder Victim wound up down there? “Yes, Abel’s in Hell. Which Cain wasn’t aware of,” co-showrunner Joe Henderson tells TVLine. As such, Cain, once armed with this intel, “feels vindicated about his belief all along that Abel was just as bad as him. The only difference, to Cain, is that he won the fight.”